The interesting contractions of Japan

'Amazing in Motion' would appear to be the new tag line for Lexus, the high-end brand of Toyota. And as with Tokyo Gas 'My Life, My Gas', although the English works, somehow the concept just doesn't quite and a native speaker would find it almost impossible to create the idea. However, I actually quite enjoy the slightly bizarre usage of the world's default language because nowhere else could craft it in quite the same way.

For example, 'Samantha Thavasa', the Japanese accessories brand popular with young women derives its name from the founder's love of the 1960's series 'Bewitched' (think about it) and 'Uniqlo', the brand name of Fast Retailing, derives from a contraction of 'Unique Clothing'. And if you were wondering AKB48 is actually a contraction of Akihabara - 48 but that's a native Japanese word so not particularly relevant to this discussion.

Indeed, Japan is quite adept at taking an English word and finding new ways to simplify it. Air-conditioner becomes 'air-con' and car navigation becomes 'navi'. But there are the occasional examples of this in reverse. Here you don't come down with 'flu' but influenza and a ladies inner garment isn't a bra but a brassiere, both words screaming to be shortened. And then of course there are the near misses. Whilst drinking a refreshing can of Calpis or even Pocari Sweat, you have to quietly ponder to yourself "what on earth were they thinking?". 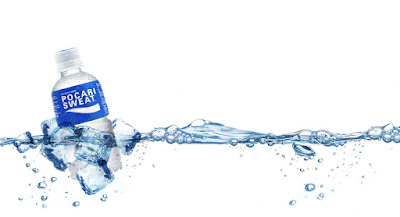