J.M. James - the man who flattened a hill 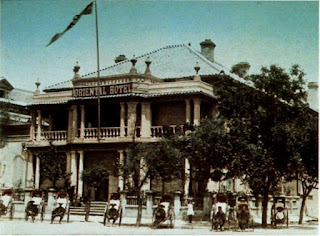 John Mathews James is one of those interesting characters who's invisible hand left it's indelible mark on the landscape of Tokyo. Born in England in 1839 he arrived in Japan at the age of 29 via India and China at the time of the civil war in 1868. Later to be a contemporary of Ernest Satow, who arrived at much the same time, James is more often referred to as JM rather by his christian name, and appears throughout Satow's diaries from his later time as the British Ambassador to Japan when he recorded they would often dine together at the Oriental Hotel. 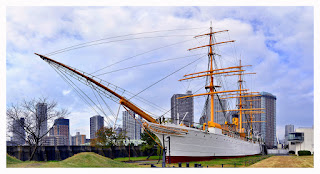 James was initially employed by the Hosokawa family in Kumamoto and was soon despatched back to Britain to accompany a cruiser on order for the new Meiji government. With his maritime experience, dating back to his days in India and on through time with Jardine Matheson, he was appointed in 1882 as the captain of the lightship Meiji Maru and eventually became an advisor to, and then later a Minister of, the fledgling Japanese navy.

But James had two problems. Firstly, in the late 19th Century, not many Japanese had ever met a foreigner and fewer still could speak English and as a result his name would be pronounced 'Zemusu'. His other problem was the hill where he lived near the British delegation (at the time in the grounds of what is today the Pacific Hotel in Shinagawa). So he had the hill flattened and if you find yourself with a comfortable walk to work on Zemusu-zaka-dori stop for a moment and give a little thanks to JM James. Buried in 1907 in Yamanashi Prefecture, he paid for it personally. 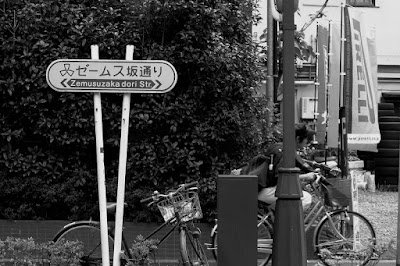 Posted by TenguLife at 2:23 PM