Where did all the panic go? 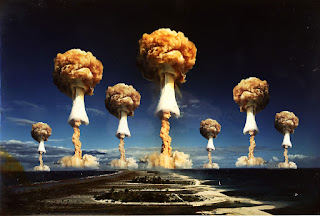 I was recently asked an interesting question as to whether the rising tensions on the Korean peninsula were affecting my long term plans as to life in the land of the rising sun. The simple answer was "no" however I did caveat the reply with a note that I may "reassess priorities if the arrows begin to fly". The only concern that is regularly raised amongst my international friends is actually the inconsistent message being issued from an administration in the position to inadvertently light the blue touch paper. 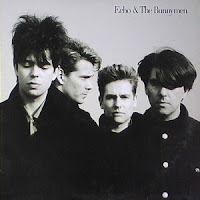 However, English rock stars apart (Ian McCulloch), the entire country is hardly running to the hills or building nuclear bunkers under their homes. There have been drills in the north of Japan but given the four minute warning (well, ten, give or take) before a missile lands, there is limited scope for an effective retreat. So why the isn't there panic in the streets as submariners arrive in South Korea and an elusive carrier group steams (allegedly) in the general direction of the north?

The answer lies in the Japanese psyche which is formed and moulded by the geological intersection of three or the earths intersecting tectonic plates; the source of earthquakes, volcanos and  unstoppable tsunami. And everyone knows "the big one" could happen tomorrow. I once saw an interview with a foreigner who had lived through the Kobe earthquake and filled his bath every night in anticipation of another until he realised "I was worried about yesterday and forgetting to live for tomorrow". So no, at the moment no one is looking to flee. We have tomorrow to look forward to. 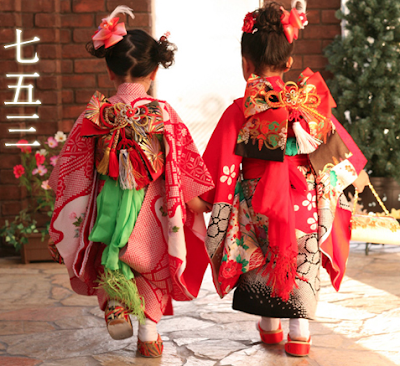 Posted by TenguLife at 5:32 PM No comments: 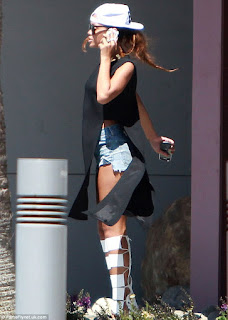 Personal privacy is something not to be taken lightly in Japan. I once had been working with a colleague for several months and casually asked about his weekend. You could almost see the dark clouds racing from the horizon. Whether it had been particularly awful I'll never know as he quietly but firmly replied that was "personal". Fair enough and one peculiar encounter a common trait it does not make. But when soon after I heard whispering one morning I asked the cause to which I was informed they thought the lady on reception may have got married. But no one was sure.

Given the choice of revealing a personal mobile number to the world or carrying two phones, one personal, one business, people in Japan will almost exclusively opt to carry the second device. And here it has to be said that I've been listing my personal number on my business card for over twenty years and I'm at a total loss as to if it has ever resulted in an unwanted call. However, I've even had my assistant once refuse to provide her own number and I had to swear on the graves of my forebears that I would only use it in dire emergencies of biblical proportions before she would give it up. 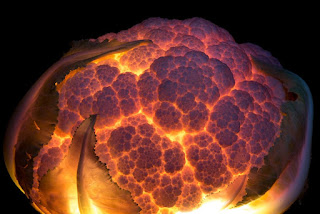 Once one of my staff tweeted (somewhat disparagingly) about a famous athlete arriving in our store. The Twittersphere exploded and within a matter of hours she was being i-mobbed, people even tweeting her home address and trolling her with abuse. We were actually quite concerned for her safety and took action as best we could. And so here in Japan, where the police won't actually do anything until you've already been clubbed senseless by a reported stalker, maintaining a strict Chinese Wall between personal and public is something of a national obsession. I still wouldn't mind knowing what the guy had been up to over the weekend though. He really did look guilty. 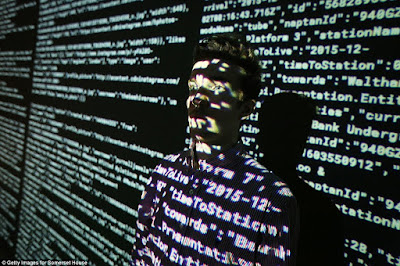 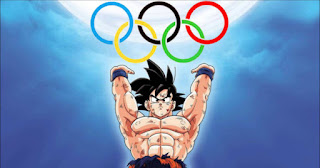 With three years to go until the Summer 2020 Olympics Japan is currently in the process of realising it has a new issue on its hands. The stadium debacle is well known (though the focus has been on cost rather than arguably political expediency) as is the problem of a plagiarised logo followed closely by the men only golf club voting to admit women only on pain of losing the event and the uproar of restaurants across the capital that if smoking is banned then their customers will be unfairly impacted and go elsewhere (not to smoke?). 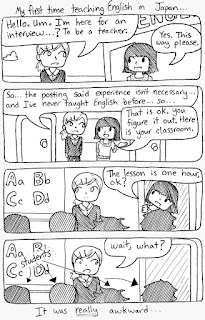 But the realisation that, due to the structure of the system, there are actually insufficient teachers, both Japanese and international, able to raise the level of English (whether you like it or not, it is the default global language) of their students to a basic communication level, effectively sounds the death knell of 2020 being an international tournament accessible by the majority of the country. It will be a domestic sporting event, all be it an outstanding one performed on the stage of the combined live world media. But here it is now unlikely to raise and inspire a new generation to look beyond the coastline. Which wouldn't be such a problem if the country didn't have another problem with the ever declining base population. 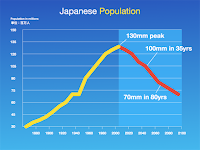 Unfortunately the base population is set to decline by over 20% in the next thirty years and soon after the ratio of working population to those already retired will be approaching parity. Japan, the world's third richest economy has just ranked 40 out of 48 surveyed countries in a UN study on English as a second language. The day the doors need to open and even basic care workers are welcomed in, this skill would soften the surprise of a foreigner at the front door. Japan can turn on a dime when needed, but with the best will in the world you don't wake up in the morning fluent in a new language. It takes time, commitment and not a little inspiration. This Olympic legacy has sadly probably already been lost. Time for a re-think. 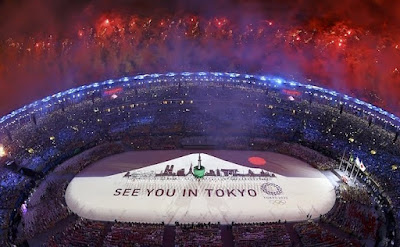 Posted by TenguLife at 3:00 PM No comments:

Those little moments of happiness

In 1972, a young Japanese stylist by the name of Yacco Takahashi, flitting in and out of the London music and art scene of the time, was introduced to David Bowie who was breaking through with his album Hunky Dory, in its own right something under the influence of Japan. And she became instrumental in creating the chimera of Ziggy Stardust, rock god and voice for the Spiders from Mars.

Yasuko "Yacco" Takahashi had previously worked with T-Rex who were, partly as a result of her work, slightly ahead of the curve in creating the Glam Rock image of the early 1970's. She introduced Bowie to two Japanese friends who she new from her life in the famous Harajuku Central Apartments in downtown Tokyo and would later describe her time with the three of them as "those little moments of happiness". One, Kansai Yamamoto, was a popular young fashion designer from Yokohama who dressed Bowie in clothes designed for women and created the androgyny that was to confuse and bewilder a generation of parents.

The second was a photographer by the name of Masayoshi Sukita who grew up on the southern island of Kyushu and who was from then on to record Bowie's life through the lens of a camera. And one day in early 1977, Yacco took Bowie for a walk through the backstreets of Tokyo to meet Sukita at his studios. There, along with Iggy Pop, they created a series of images. And the cover of "Heroes", the seminal album from Bowie's Berlin period, was shot that day. Not in LA or London. But in a small studio in the backstreets of Harajuku. In just about an hour. 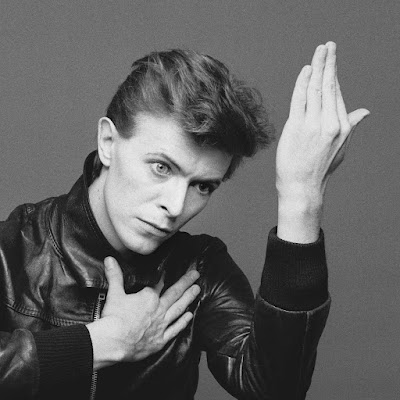 When a nuclear missile is aimed in your general direction 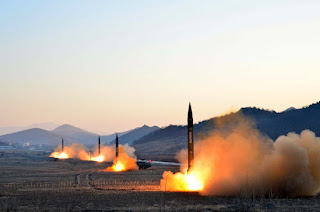 As a matter of choice I rarely write anything political on TenguLife. But here goes. In the closing days of a hot and stifling 1998 August, the population came home to the somewhat shocking news reports that North Korea had launched a missile which had flown through the skies above Japan before landing harmlessly in the Pacific ocean to the east. The shocking part though wasn't the flight of the missile as such, it was known North Korea was working on this, it was that Japan hadn't actually detected it and American satellites had picked it up in flight, politely informing the government later that afternoon. 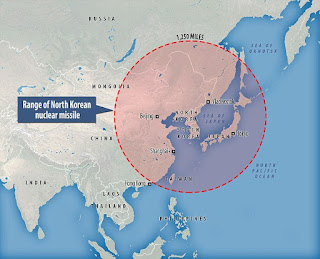 And so the country has known for nearly twenty years that a ballistic strike from Kita-Chosen was possible but lived securely in the knowledge that the deterrent effect of ceasing to exist if anything did land in Japan would deter the regime from testing its abilities in the theatre of real life. However, increases in missile tests, developments in technology toward fast-launch solid fuel ordnance and the dark cloud of a nuclear bomb program have raised concerns further in recent years and schools have even started holding evacuation drills. Just in case. 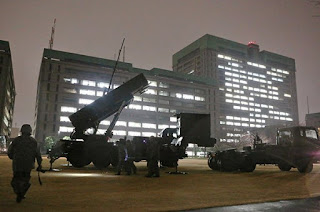 Patriot missile batteries can occasionally be seen deployed in the grounds of the Ministry of Defence (Boekicho) in Ichigaya, conveniently in the centre of the capital, though these are due to be withdrawn and enhanced by 2020, just in time for the Olympics..., but it isn't this causing concern at the moment. Seoul is approximately thirty miles from one of the largest conventional forces on the planet and when the button is provoked, will suffer horrific damage from a rain of effectively unstoppable long range artillery. And if that button is connected to the missile system, Tokyo will likely be next. And so seriously, this is no time to get trigger happy. Let's let the diplomats weave their magic. After all, playing golf and watching The Simpsons is much safer. For all of us. 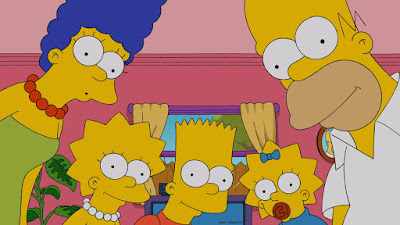