My Boots of Nakanoshima 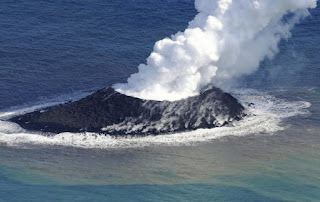 Japan is an archipelago of some 6,852 islands, or possibly 6,853. Being a volcanic island chain it does tend to produce young off-shoots on a somewhat regular basis, the latest of which is off the coast of what is known as Nishinoshima (Western Island) and has emerged, following a series of sub-ocianic eruptions, over the last year or so. And Nishinoshima itself barely popped it's head above the waves some forty years ago, the blink of an eye in geological terms. 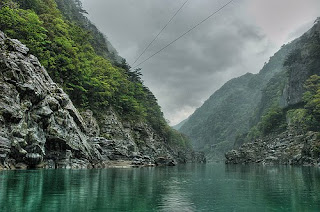 The five main islands of Honshu, Hokkaido, Kyushu, Shikoku and Okinawa retain the majority of the population. But then things get a little complicated. There are many, many habitations on the smaller and less well known locations. Having visited only four of the five it's about time I made the journey to the last, Shikoku. Somewhere made magical that I really want to walk, first brought to my consciousness in "Dogs And Demons" the story of how Japan, unchecked, may implode but at the same time, how beautiful Shikoku, the island, actually is. 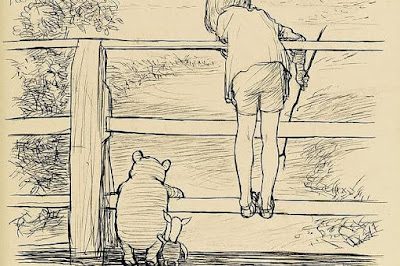 However, these days as I've found, it takes a little over three hours to walk from the island of Nakanoshima to the central station in Susaki City based on the timelines of Google Maps. With the creation of infrastructure, the islands of Japan are slowly being brought together. Not long ago the journey from centre of town would have been interrupted by short ferry ride but today it can be made with boots of leather. And over that bridge come some of the nicest people in the world. And it's a place I must one day sit, probably booted feet hanging over the edge, and say thank you.

Posted by TenguLife at 3:48 PM No comments:

The ruins of days gone by 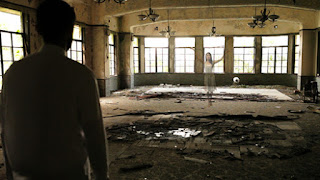 Everyone needs a hobby, an enjoyable outlet, something of an escape from daily life (even when it's a very enjoyable daily life). Mine happens to be writing this blog and what an escape it has turned out to be. But one of the more interesting underground hobbies of Japan is the pastime of haikyo. Literally translating as "ruins", the haikyoist spends his or her time hunting down and photographing old abandoned relics, each with it's own fascinating story of a lost little piece of history. 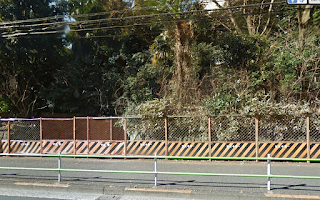 When I first arrived in Japan I lived near a beautiful old wooden house in the leafy suburbs of Takanawadai which was surrounded by vast (by Japan standards) gardens and a high, street side wall. The only issue was the pedestrian handrail which had been constructed directly across its main gate, which clearly hadn't been opened in many a year. The ghost house was eerily abandoned, living in something of a Mishima-esque era of forgotten Tokyo.

Indeed, across Japan there are some eight million plus abandoned dwellings as families would prefer to walk away from a tax liability than level and exit a much unwanted inheritance. But there is something a little romantic about the lives of haikyoists. Whether it's apartments, amusement parks or  deserted military bases, they are creating a digital history of Japan, one which saw it's heyday long before the smartphone was even a glint in Steve Job's eye. So Google them, after all as I say, everyone needs a hobby. 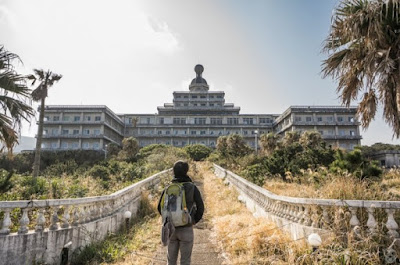 Posted by TenguLife at 10:31 AM No comments:

So if you're young, go out and enjoy yourself 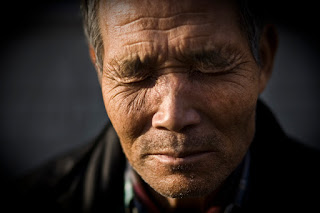 Sitting in a small bar in the back streets of Shibuya recently, I experienced one of those slowly shocking moments when you see something totally new. And you really don't like it. Looking back it had clearly been creeping up on me, this bar, the streets outside and the deadpan youth of today; the young men around me were sipping their beers, flicking their phones and carrying the weight of their fathers. And their faces were already etched with it. 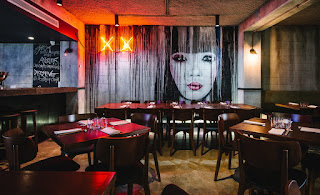 A declining birthrate and the increase of the over 65's is a well known and widely recognised aspect of life in Japan. But I remember having some of the best nights of my life in those days of my youth. Writing purely from a personal perspective, the women were charming, engaging and beautiful and the guys were witty, lively and incredibly supportive when you needed a shoulder to lean on. Even when we were divided by language. But around me this night there were no lively young women and no laughing, semi-inebriated guys. Just quiet, worried faces.

More and more Japanese are forecast to remain single throughout their lives but the heck of it is that they're not even dating anymore. 40% of twenty-somethings in a survey last year said they had simply opted out of a relationship based life. Twenty-somethings. Not fifty or sixty-somethings. Twenty-somethings. And you have to feel that if that quiet guy in the corner would simply say hello to the single, bored looking girl on the next table, they might at least get a smile and a conversation out of it. So if you're young, go out and enjoy yourself; the girl sitting at the next table may just want to say hello too. 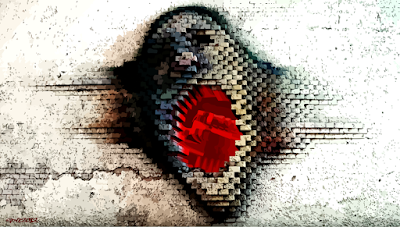