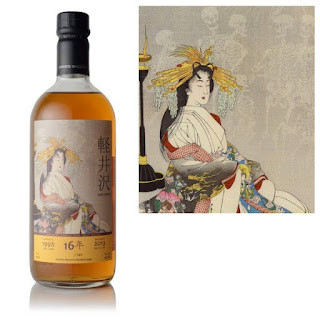 Some of my international friends believe the UK can be a little, shall we say, confusing. Sarcasm apart (and read into that what you will), we measure distances in miles, land in acres and weight in stone. Yes, we have liters for petrol (gasoline) but that only came into effect at the outbreak of the first Gulf War as the prices hiked and no one really understood what 95p per liter was compared to the good old gallon. And we measure whiskey by the gill, but that would be a different gill between England and Scotland. And then again the US gallon needs an extra top up of around 20% just to make it to the table with its English cousin. At least we no longer have 240 pence to the pound and let's not even discuss the good old guinea (which I could have sworn was equal to twenty one shillings but let's let that one go). 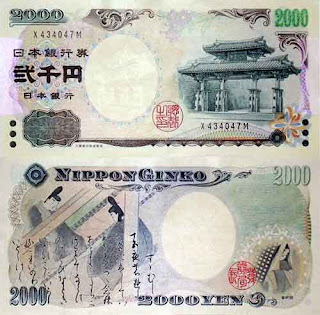 However, don't even get me started on Japan. Ok, do. And let's start at the beginning. The counting system, for example, revolves around "base 4" rather than "base 3". And yes, I did just hear you go "huh?". Western numeracy would refer to 10,000 i.e. 10 x 1,000 however the Japanese system would refer to 10,000 (ichiman, if you were wondering) as one, ten thousand or 1 x 10000. Confused, you will be... Especially when you go to the cash machine and take out several thousand dollars rather then the intended few hundred. Or see the apartment rental steal of the century only to find it is ten times the price you were thinking.

Currency is maybe easier; for a start there are no decimal points (watch the IT system programmer go white when you mention this). In days of yore there were 100 sen to the yen and one yen to the dollar. And then there was a small Pacific incident. There are 2,000 yen notes but they're not used as they're generally considered unlucky being divisible by two. One plate is ichi-mai, a bottle i-ppon, a minute i-ppun and a typhoon ichi-go. And if you really want to show off, a pair of chopsticks (hashi) are not the expected "ni-hon" (two long thin, round things) but rather ichi-zen; being one pair. So next time you become confused between stones and pounds, miles and kilometers, tsubo and square meters just pause, and take a moment, and be glad it isn't MCMXCIX any more. Unless an Imperial succession occurs and then it could be 29 and 1. But that's another story.

Oh no, it's The Time Warp Again 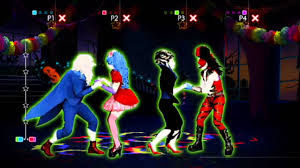 It has to be said that I am probably one of the world's worst time travelers (speaking in terms of the jet age rather than that of HG Wells and his eponymous Time Machine as it were). Those few hours of difference between Asia and Europe will leave me disoriented, degraded and at a complete loss to not just the time of day but the very day itself. Give me a week and I'll still be rubbish but eventually the rhymes and rhythms of this existence of mine will settle down and I'll begin to feel (ab)normal once again. But why does the journey have to be so painful in it's own right.

My return home started with a domestic flight in the UK (delayed two hours by the wrong type of rain) at Heathrow. Where, upon arrival, I had to wait forty five minutes for my luggage to be recovered from the bowels of the aircraft. A ten minute walk, five minute train ride and another fifteen minute walk and I arrive at the chaos of Terminal 2, where the self check-in system appears to be requiring more staff at that moment than the conventional counter and clerk. And then it's another fifteen minute walk to lounge (yes, I indulged myself a little I admit), at least that's what the signs said but as the first two "fifteen minute" signs were about five mins apart, I'm going for more like a twenty minute hike. 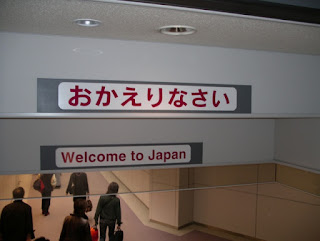 And twelve hours later we land on a proverbial different planet. Narita may be the wrong end of nowhere but a modest walk where a soft English voice gently reminds me "the end of the walk is ahead, please mind your steps", a sign welcomes me to Japan (though the Japanese version actually says "welcome home") and a dedicated queue for returning foreign residents has me to the luggage carousel faster than my wife can make it through the Japanese passport lane. Which, to be fair, does annoy her somewhat. And standing there you notice all the bags are emerging from the center of the earth before the passengers have even arrived; and they're neatly spaced with handles carefully turned towards their expectant owners. And, I have to say, it's the little things that make the difference. It's good to be home. 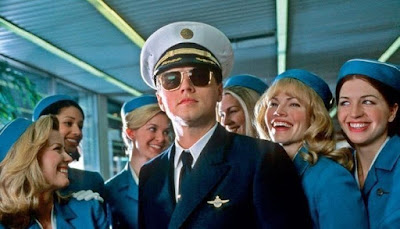 Email ThisBlogThis!Share to TwitterShare to FacebookShare to Pinterest
Labels: catch me if you can, dicaprio, Heathrow, Narita
Newer Posts Older Posts Home
Subscribe to: Posts (Atom)