One of the pleasures of living in Japan as a non-Japanese passport carrier is to be able to use the "Re-Entry Permit" line inbound at the airport. Usually both people ahead in the queue are processed and through in a matter of minutes whereas the (and you'll notice I qualified the passport point with "living in Japan") non-residents and also Japanese passport holders are privileged to enjoy the pleasure of an awful long time in their respective queues with a strong dependence on inbound flight schedules. That is of course provided you have your visa in order...

Although many don't realize the point, when you arrive, if you don't have a visa, you're actually being granted a ninety day (which allows for business meeting etc to boot) tourist visa. From most countries. Some need pre-issued visas but that's not what today is about. Living here requires a valid visa, and these arise in multiple flavors, whether one, three, seven years etc. But they all have one thing in common. They all need to be renewed before you become a fugitive from the his Imperial Majesty's pleasure.

And so came my day yesterday. The Tokyo main visa center is in one of the most inaccessible places there is, in amongst the labyrinthian roads and islands of downtown Shinagawa. On-line, the staff receive a generally bad wrap (rap?) which, to be honest, is unfair. They're nice and helpful, though a smattering of English would be a plus. But within thirty minutes I was processed and on my way out. This is a ritual I go through every seven years and each time I meet someone I know. It struck me yesterday, though, there was no one who appeared to be over sixty years old. Which means one of two things. Older people return tend to their home country in general, or that the door, marked "Soylent Green", has something else behind it... 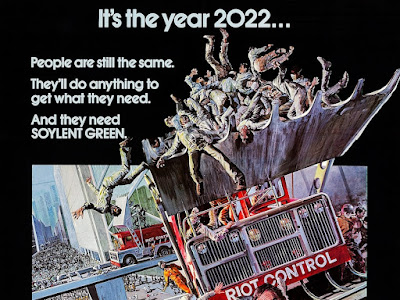 Posted by TenguLife at 10:16 AM No comments:

So Exactly When Is It In Japan?

I have an interesting dilemma, though if push ever came to shove, I'm fairly sure the local constabulary probably wouldn't agree with me. The issue is, my driving license, a document that is managed under the Japanese system of defining year by the reign of the Emperor, expires in Heisei 35 as clearly displayed in bold writing on the front. Except today is Reiwa 4, and there never will be a Heisei 35 following the well earned retirement of Emperor Akihito in 2019. And in there, lies the rub. After the ascension of the new Emperor, the prior counting system ceased to continue.

Government related documents tend to (but not always do) apply the Japanese Calendar. To know when to renew my license I have to convert the Heisei date to the Western Calendar, find the year (2023) and then convert back (Reiwa 5) (must remember to renew my license next year...). And sometimes they mix them. Having just completed my annual house insurance I needed to complete the date in two separate sections, one in Japanese format and one in Western. And I'm sure I'll receive said form returned with a correction.

The system commenced in 1868, technically Meiji 1, with the adoption of the new constitution and scant regard for the confusion to follow (my Japanese friends become just as confused if you were wondering). Taisho was next in 1912, though this is the one that seems to be the least remembered. The Showa period commenced in 1926 bringing in the long reign of Emperor Hirohito (the only person to receive "The Stranger Order of the Knight of the Garter" from the Queen, twice, as it got rescinded in 1941 for, ahem, obvious reasons, and then re-awarded in 1971; which apparently made him happy). Rounding things out saw the Heisei Era from 1989 which bings us to today with Reiwa from 2019 (which was both Heisei 31 and simultaneously Reiwa 1). And don't ask, it's really never going to change. 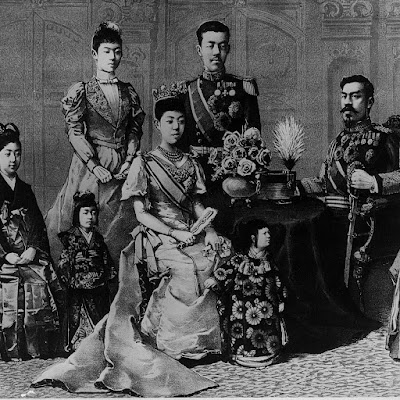 Posted by TenguLife at 3:04 PM No comments: