A fishy tale in Tokyo 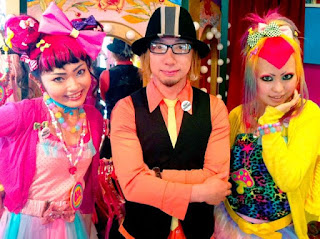 Those having been around more than a little while in Tokyo may remember the beautiful, bohemian apartments sadly demolished to make way for the somewhat less than eye-endearing Omote Sando Hills (apparently designed to make you feel you're outside when in, somewhat myopic to the exterior). (And where I once gave a speech in Japanese memorized from a recording obligingly provided by my assistant).

The apartments were eventually demolished in the early 2000's, not so much as to make way for progress but more that although everyone loved their atmosphere, no one actually wanted to breath it and they were mostly deserted and, actually, unloved. 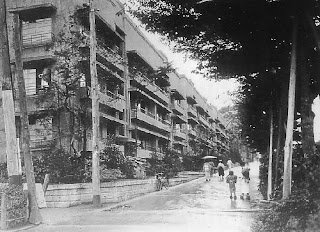 The structures themselves were known as Dojunkai after the development agency established to create fire and earthquake proof structures; something considered quite a good idea after the razing of Tokyo in The Great Kanto Earthquake of 1923 (better late than never) and were one of the few structures to survive the firebombing on March 10, 1945 which left most of the area surrounding Harajuku (and most of the rest of Tokyo) nothing but smoking cinder. But that's not why I write this article. This is why I write this article... 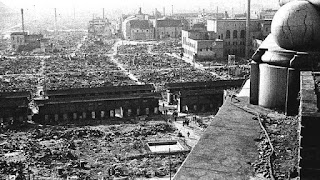 At the lower end of the Dojunkai building (Omote Sando, like the Champs Elysee it is often compared to, is on something of an incline) ran a river known as the Onden, a tributary of the Shibuya River, which in the early 1960's was covered over and became what is today known as Cat Street. And as the Onden ran both sides of Omote Sando there must have been a bridge. But I cannot find reference to it anywhere. In searching I found the Onden waterwheel though, amongst the famous "Thirty-Six Views of Mt Fuji" circa 1890 if you're interested. Less cars, less buildings and an annoyingly illusive bridge. 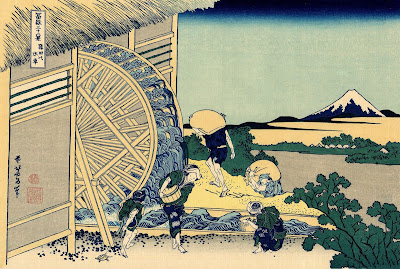