A bridge and station story 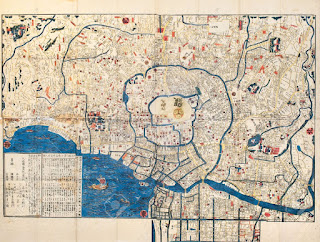 The ghosts of Tokyo's watery past are everywhere to be seen around the cities districts. You'll quickly notice that almost everywhere you go there is the repeating suffix of -bashi, meaning "bridge", and they were everywhere, more often than not defining the name of the locale. Bridge comes first, bridge gets a name, local area adopts the name, government write it on a map and there you have it, a place named after a bridge. And that of course is where it gets complicated as many of the bridges have long since been removed in the 1960's rush to lay concrete and landfill. But the names stayed. 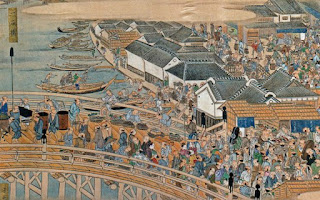 So, for example, Kyobashi (Kyo-bridge) is actually a subway station. The name can be translated as "Capital Bridge" in reference to Tokyo, the capital of Japan (as opposed to Nihonbashi which means "Japan Bridge" (and is the start of all highway sign "~km to Tokyo" reference point)). Many date from the early seventeenth century as Tokyo (Edo in those days) as the new shogun, Tokugawa, brought peace to the country and located his capital several days march east of the Emperor residing in Kyoto in, what was then, a small fishing village on the Pacific coast with a lot of rivers and inlets that needed, well, bridging. 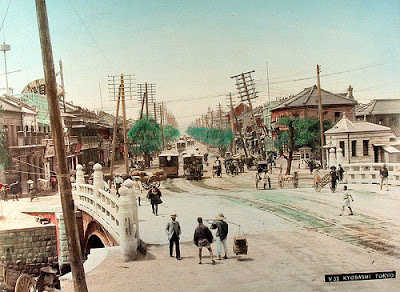 Kyobashi is interesting though as it perished as the origin of the shuto, the elevated (and subterranean) highway of which some 200km plus now work and weave their way around the metropolis. It was, in effect, the first on the chopping block of the uptake of the automobile. But part of it did escape and you can still see two carved columns of the original 1872 stone bridge that replaced a slightly concerning wooden structure dating from 1603. They're joined by a concrete, copper plated pilar from the 1922 final construction that would disappear in sometime around 1964. And so if you see a place name ~bashi, look for a river. If there isn't one, you're standing on landfill. 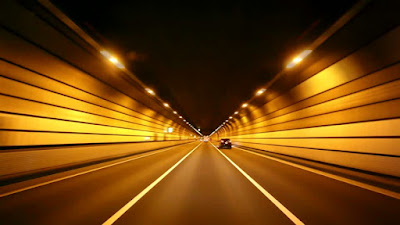 Posted by TenguLife at 7:02 PM