There's an interesting story of a Japanese family driving in the early hours of the morning on the first day of their trip to America. The police thought the car was weaving erratically and tried to pull it over going full lights and sirens.

Unfortunately in Japan all police cars go with lights at all times and if they want you to pull over they not only put the sirens on but also shout an instruction over the cars megaphone system. So the driver, a Japanese lady in her early forties ignored them and sped up thinking she was in the way. Many miles later she's out of the car at gunpoint with her seven year old son in the back terrified. 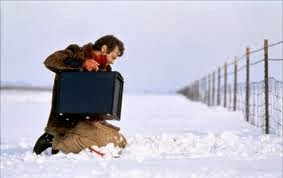 This one ended happily when the police realised she was confused and didn't speak English, contacted an interpreter and helped to her a motel for the night. If you want a really weird story though, look up the Japanese lady who went in search of the bag of money buried under the snow by Steve Buscemi in the movie Fargo. Even though people tried to explain it was just a movie she continued on her quest eventually, and sadly, succumbing to exposure.
Posted by TenguLife at 12:03 PM No comments:

In my early days in Japan I came across two dishes that I fell in love with and still enjoy today. The first was takoyaki, octopus in dough with sauce, fish flakes and mayonnaise on top. Walking home of an evening there was nothing better than stopping off at the local takoyaki stand and buying some for the journey.

The second type of food I learnt to love was okonomiyaki, a pancake type dish that is full of seafood and vegetable. I had a good friend in those days who used to have a part time job working in an okonomiyaki restaurant and he taught me how to make it. It still surprises the waitresses today when I go to one of these little shops and ask to make my own. They're happy to let you try and delighted when a foreigner can actually make something that reasonably resembles the real article.

Yesterday though a friend told me of a new product he had created. Instant okonomiyaki. Just put it in the microwave and it's ready in a few minutes. Japanese made so the genuine article. Awesome. I know what I'm going to be eating tonight. And tomorrow. And the next day.... 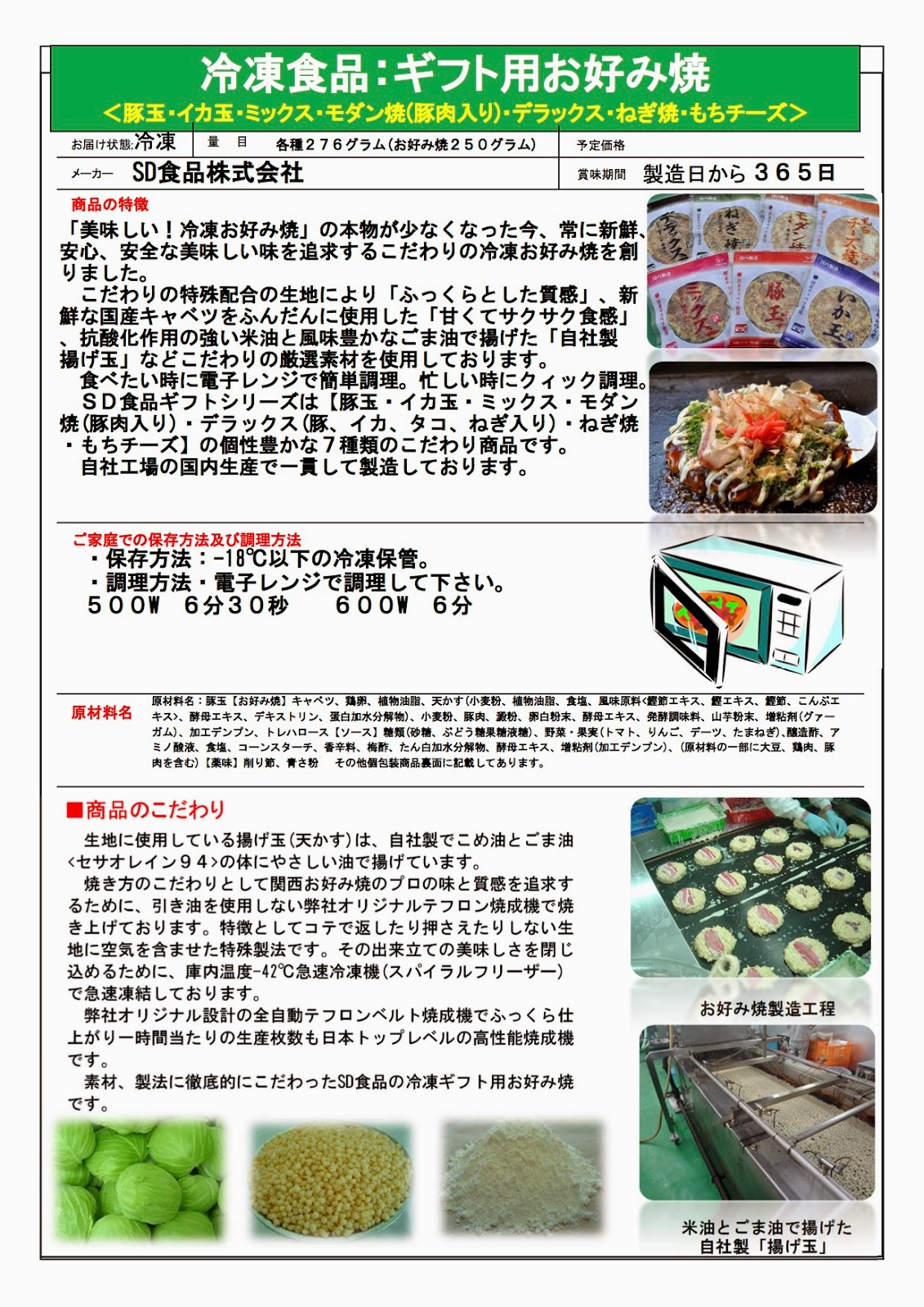 Kill Bill is an awesome movie. And last night I had dinner in a restaurant in Shibuya called Gompachi. Admittedly at first sight these two sentences don't appear to have a lot in common but in fact they do. Gompachi is a chain and one of the other locations is at Nishi-Azabu crossing, halfway between Shibuya and Roppongi in central Tokyo. It's famous for three things:

1 - the food is fantastic, make sure you try the black cod if you go

3 - and finally, it was the inspiration for the battle of the Crazy 88 in Kill Bill 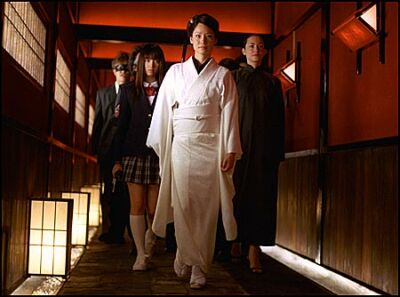 and what better excuse to include Lucy Liu onto my blog....

Posted by TenguLife at 2:03 PM No comments:

Nothing is ever quite what it seems

It snowed again in Tokyo last night. Light at first but by evening it was coming down heavily. It was clearly time to get off the roads, get home and put a movie on. Sitting inside, my living room faces the street and we can always hear the cars as they pass by. As it was now icing up as well, we heard less and less as the evening went on.

Then from outside came the "bang!" A loud sudden noise. Something had hit hard. I'd always feared a car crash on our corner. There were screams and then lots of shouting. All in Japanese but to the effect of "what the ****", "what did you do!" and "stop, stop". By this time there were more and more shouts and screams adding to the chaos and I ran down to see if anyone was hurt and if I could help.

Opening my front door and expecting to see a wrecked car I came across a party of revellers returning from a wedding and clearly a little happier for their afternoon. They were having a huge snowball fight and massively enjoying themselves. What I'd heard was the first snowball landing squarely on someone's umbrella and the unfortunate owner screaming to find the culprit. They happily chased each other off down the street and you really have to smile and think, a snowball fight is pretty much the same wherever you are in the world. 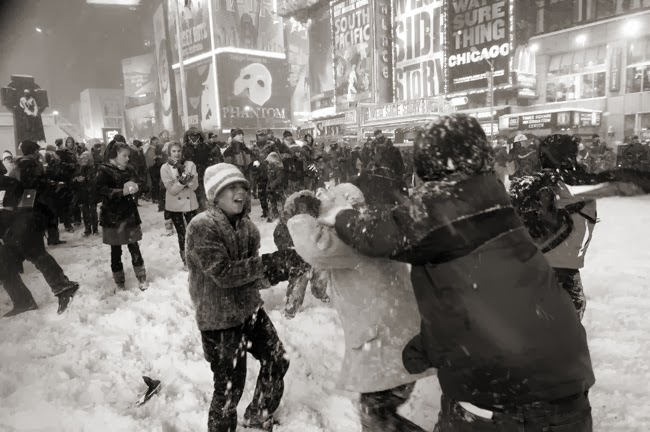 Thanks to whoever took this picture and I hope you all enjoy your snowball fights wherever you are.

Posted by TenguLife at 12:30 PM No comments:

It snowed in Tokyo yesterday. Quite heavy and by morning we're sitting under around 30cm. Snow is rare in the capital, we tend to be sheltered by the mountains of central Japan and warmed by the pacific waters. As a  result, when it does snow it's quite an event and apparently this was the heaviest fall for a number of years.

One of the puzzles for me though has always been why people clear the snow from in front of their houses. Last year there was a snowfall and where people cleared it away it simply froze into iron hard mounds that took days to thaw. No one has ever managed to explain to me why this is actually an improvement on leaving it to melt naturally on the ungritted roads. However everyone has insisted they should be out shovelling and there is a genuine feeling of guilt mixed with embarrassment for those who's houses remain snowbound.

Today though was different. Today it's Sunday. More people are at home and given the travel warnings many have chosen to stay in town rather than head out for the weekend. And as a result, when I went outside to clear the snow I bumped into half the neighbourhood. Now I know why people clear the snow, because it's actually quite nice to say "good morning". 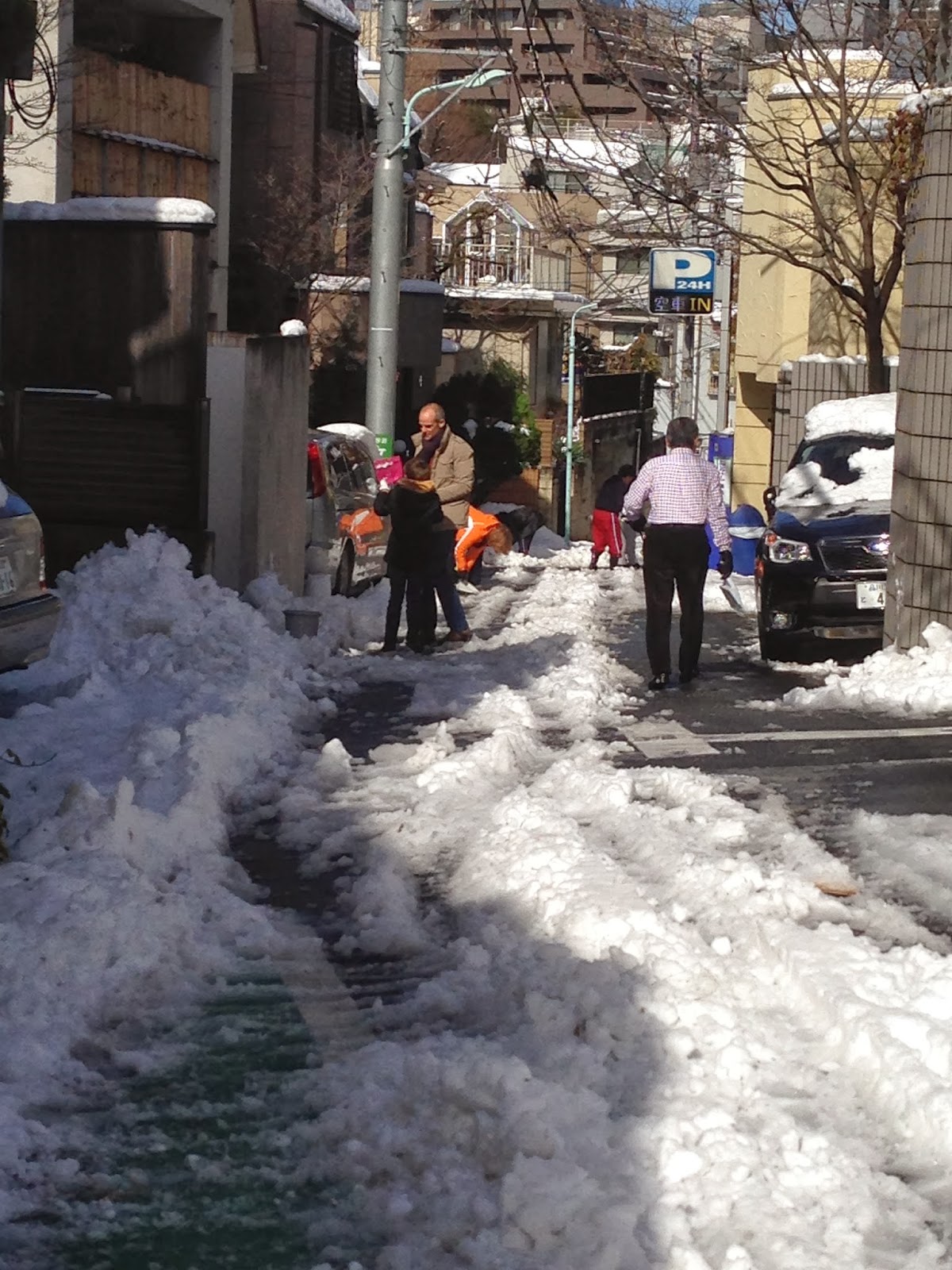 Posted by TenguLife at 11:48 AM No comments:

Karuizawa used to be a postal town. In the Edo period there weren't many highways in Japan but the Nakasendo was one of them. Linking Kyoto and Tokyo, it passed through the central mountains and linked East and West Japan. If you want to visit, August during Obon is a great time when it's a lot cooler than Tokyo but also there is the forest Bon Odori, something to be seen to be appreciated.

Karuizawa became a talking point at the end of the 19th Century when it was found by the foreign missionaries to be a pleasant retreat from the heat and humidity of Tokyo (hence it being cooler). It then became a place of notoriety when the Emperor met his "wife to be" on the tennis courts here. And from then it became a ski area, Shinakansen station and location of the only statue of Sherlock Holmes in Japan.

However, one of the reasons I enjoy the area so much is its unspoken history. In the main center you can see many photographs of days gone by that show you the town as it grew. But in some of the small little cafes, one of which is between the two Route 18's (different story), there a place where the mama-san has been looking after travellers since she must have been a girl. And on the wall is a photograph of her and John Lennon, sitting, having coffee. His wife was Japanese after all, and this was a place he could relax.
Posted by TenguLife at 4:09 PM No comments:

Today I arrived in Karuizawa for a few days rest. The international schools (at least some of them) are off and I'm taking the opportunity while I can. Tomorrow I'll explain the title but today I'm sitting rather confused. I've been driving to the same place for nearly ten years now. It's relaxing and cooler (temperature wise) than Tokyo, so great in summer. In winter it's seriously cool but again, that's a different story.

Today's problem happened somewhere between start of journey and destination. For ten years it's taken me 178km to arrive here. And today it took 173km. What happened to the extra five? Same route, only third car but somehow I saved those five kilometres. And they've got to be somewhere.

Japan uses kilometres rather than miles and had switched to litres before the first gulf war that encouraged all of the UK to switch so that no one really understood now much petrol (gasoline if you're still in miles) they were buying. But somehow, today, I saved 5k's. And maybe a little bit of global warming with it.
Posted by TenguLife at 8:20 PM No comments: