There was a time when returning through Narita Airport was actually easier for a foreigner than a Japanese national. Note I mention "returning" as those foreigners coming home to Japan had a re-entry permit stamped into their passports (though they did have to go to the trouble of getting one in the first place) which allowed them to choose either the foreigners' passport desks or those of the Japanese nationals. This used to somewhat annoy my wife, who is Japanese, as I could duck into the shortest queue available.

Today though the rules have been simplified. To an extent. Gone are the days when everyone had to complete and embarkation card on exit, foreigner and Japanese alike, and the lines would stretch halfway back to Tokyo, but these days foreigners get an automatic one year re-entry pass as they leave the country. Much simpler though rather confusingly referred to as a "special re-entry permit", is a box that requires ticking on the exit card, directly next to the "re-entry permit" box. And as all foreigners now must hold "special re-entry status", I'm really not sure what the other check box is for.

Which leads to the next question. Although in principle holders of a residence card can no longer avail themselves of the "Japan Passports" desks, these channels do have an additional sign saying "Special Re-entry Permits" which would seem to apply to almost all of us these days living legally in Japan these days. But if you try to use it you will be politely re-directed to the "Re-entry" channel. Confused? Then again, at Haneda Airport, there used to be an overflow channel for foreigners if the queue was too long. But as the sign for this was in Japanese, not that many used it. 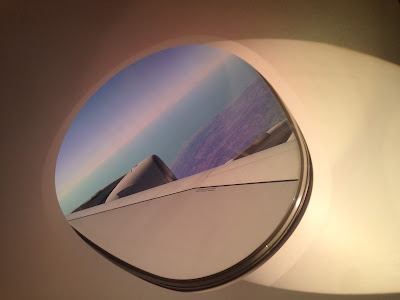