Shibuya - little by little it's changing

Left pretty much alone since the 1964 Olympics, Shibuya is due for a major upgrade. Little by little, the change is coming. In early 2013, in phase one of the project, a number of lines were moved in an overnight big bang to a new station building causing chaos with commuters as they found their existing simple transfers now included multi-level subterranean hikes.

The existing station building is slowly being dismantled as will many others to follow and over the next several years a new vision is being created of open pedestrian areas, modern offices and simplified access from either side of route 246. It will be a mess of Biblical proportions for a while but if the new area looks like the designs, it will have been worth the wait. 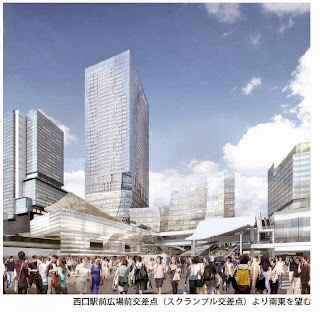