Karuizawa - Getting away from Tokyo

At around 1,000m (~3,500ft) Karuizawa is just over an hour by shinkansen from Tokyo. It makes the temperature in summer about 10C cooler than in town and the same in winter. In January the temperature will drop to -10 but the air is so dry you can walk outside and drink a coffee in a t-shirt. In fact in winter people will dry their laundry by hanging it outside and letting the ice sublime away.

Two thirds of the way to the Japan sea coast, Karuizawa is also home to Asamayama, one of the most active volcanos in Japan which put ash onto Tokyo in a 2004 eruption, minor compared to the 1108 eruption when the pyroclastic flow came to where I'm standing some 10km south. It's also the edge of the inland glaciers in the last ice age as well as being home to the only statue of Sherlock Holmes in Japan. Its nice sometimes to get away. 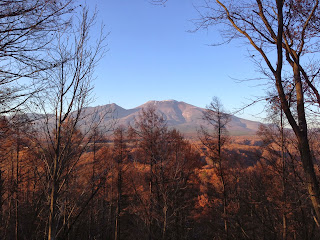 Posted by TenguLife at 3:59 PM