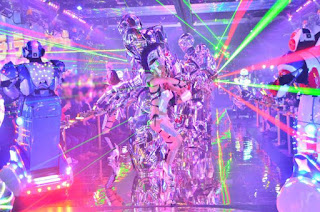 Sometimes you find yourself in the most unexpected of quarters. Last week I walked into a stage show and, as the emcee laid eyes on me, he politely enquired of my wife whether I could understand Japanese. Replying, actually in Japanese, I explained I couldn't speak a word and would it be ok if they switched to English from here on. The crowd howled and so did the emcee and, of course, we ended up back-slapping by the end of the night. Never has situational comedy been so entertaining as when you're actually speaking the truth; I literally didn't understand a word from there on but had a great time none the less. 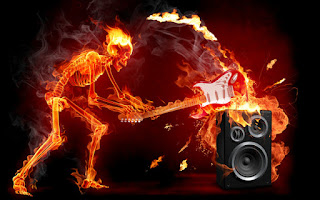 A week before that I found myself in an underground bar listening to a fantastic rock band as they drove the crowd wild with their high energy sound. As the lead singer stripped off his shirt in the heat, so did a five year old fan in the audience (much to the surprise of his mum). Invited, as was everyone enjoying the show, to the after-party (known colloquially as a nijikai), I had the chance to meet the guys, several of whom spoke English, which made for a highly entertaining night as I listened to their fascinating stories. And, being something of a curiosity as a stranger in an inquisitive land, a number of the fans came over to introduce themselves and have a chat too (including the five year old boy). And this was just a week after being hauled on stage to perform (badly) with an awesome five piece band, one of whom actually owned a Jimmy Page Original guitar.


And this weekend I was due to join a French, Japanese, English, American, German, nani nani nani.... dinner, but ended up stuck on a train until midnight after Guns N' Roses just kept playing and playing into the night (and what a show that was). I'm often asked if life in Japan is daunting when you can't speak or read or write the language. Well, admittedly I speak a little but, as longtime protagonists of TenguLife will know, my reading and writing are, to put it politely, somewhat in the category of a bilingual illiterate. However, the point being that  language is never the genuine barrier it may appear to be in Japan; maybe there's not so much to see in Tokyo but there is an almost inexhaustible menu of experiences to, well, experience. You just need to stand up and walk out of your front door. Enjoy your life here. It's probably going to be the only one you get. 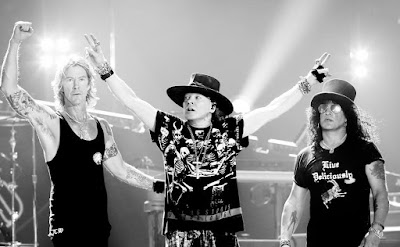 Posted by TenguLife at 4:42 PM