The Kobe Earthquake and the birth of the smartphone 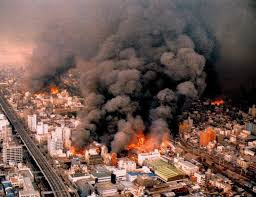 At 5.46AM on January 17, 1995, the early shinkansen was readying to pull out of Shin-Osaka station bound west for Hiroshima and beyond. Had it been ten minutes earlier it would have been travelling at speed as the second most devastating earthquake of the twentieth century eviscerated the city of Kobe, the shockwaves rebounding from the mountains encircling the metropolis of 1.5m people, causing an interference pattern that would create utter destruction in one block whilst leaving the next untouched. 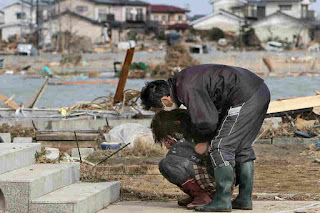 There were heroes and villains that day. I walked the ground nearly six weeks after the catastrophe, as that is what it had become, the fallen highway already cleared from the view of the world, and I stood in respect and watched small gatherings in the burnt out wreckage of Nada-ku, silently praying for the souls of those lost, trapped under the heavy tile roofs of the flimsy wooden structures, unable to escape as the fires closed in. The Governor of the Prefecture of Hyogo, being an ex-communist, refused to allow the Self Defence Forces, the only organisation with the resources to make any difference that day, into the city. The SDF was initially restricted to operating "training" flights from the skies to assess the damage. 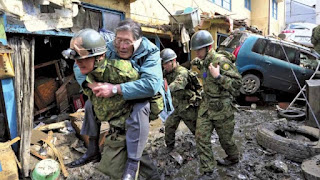 Two events in particular that day made life saving differences. The technicians at the hydroelectric station supplying energy to the city realised they'd lost one third of their demand and the grid would soon catastrophically overload. Ignoring the manual and authority lines they flipped the switches and started pumping water back upstream saving the power grid from total meltdown. And then the Personal Private Secretary to the Governor signed the order to allow the SDF in to the prefecture. He announced to the press the Governor had signed the instrument and then went to the Governor and said "you tell them I lied if you want to". 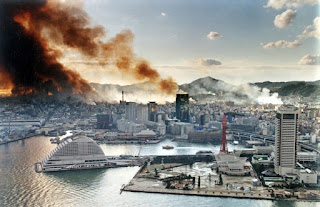 The Great Hanshin Earthquake was a natural disaster magnified a hundred times into a man made catastrophe. But as a result the laws were changed and ex-communists can no longer fiddle as their cities burn. And as 300,000 telegraph poles collapsed and the phone lines ceased to function, the few with mobile phones, the only communications still available, placed them on street corners next to small collection tins for those to use who needed to let loved ones know they were still alive. Or that some were gone. And Japan came to a collective realisation that the mobile phone was a gift and not a curse. And we are connected today to each other partly through the price paid by the city of Kobe in the early hours of the morning of January 17, 1995. 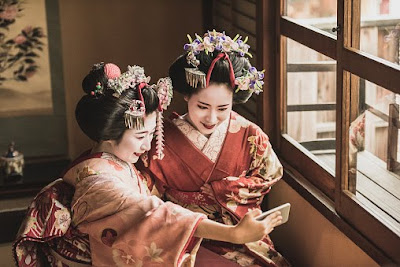 Posted by TenguLife at 2:24 PM