Amakudari - the Descent from Heaven 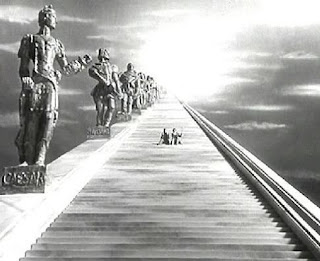 In the classic 1946 movie "A Matter of Life and Death", David Niven (the quintessential Englishman) plays the role of a bomber pilot forced to bail out without a parachute or face the flames as his aircraft is consumed by fire. However, lost in the thick channel fog, he is missed by the angels and spends his time falling in love and arguing his case with the powers that be to stay on earth, alive, rather than take his place beyond the Pearly Gates.


Well, Japanese business has its own form of this and it remains significantly less altruistic than the life of Squadron Leader Peter Carter and his debate with the afterlife. Known as amukadari, or "descent from heaven", it's the practice of the retiring bureaucrats in grey suits from the government taking remarkably well compensated roles in the industries they had been charged with overseeing throughout their careers. And yes, this does somewhat create a conflict of interest. 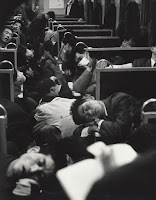 And so, after nearly three decades of economic stagnation and decades more of the practice being an open secret, a law was enacted in 2009 to curtail these activities. Which brings us full circle to another all time classic movie as Japan reaches its "Casablanca" moment. Things have been quiet until recently, however now there appears to be a voice crying in surprise "shocked, shocked I am that there is gambling in this establishment" as Claude Rains exclaimed to Humphrey Bogart, just at the moment he pocketed his winnings. And no, the line "play it again Sam" never did appear in the movie. And also no, we'll probably never know why now. But someone's clearly not happy. 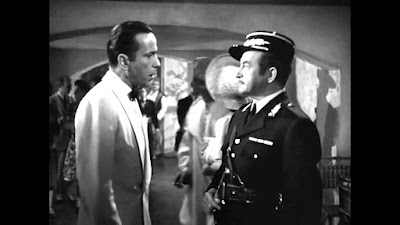 Posted by TenguLife at 5:15 PM