If you ever wondered how an international relationship would work when she spoke no English and he spoke no Japanese. Karaoke. 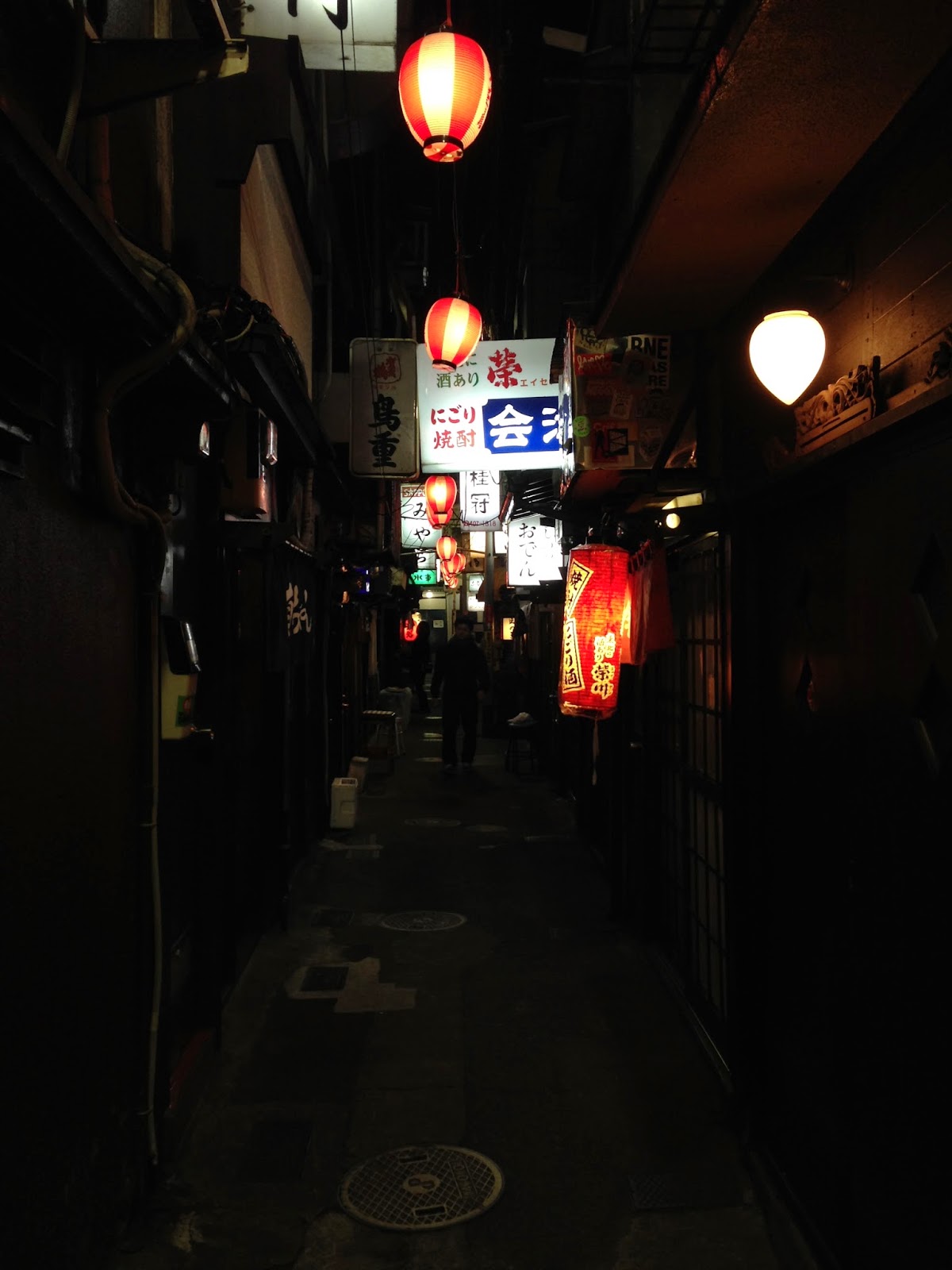 Dinner is brought to an abrupt halt as the lights start to sway. "Jishin da!" someone quietly says, it's an earthquake, not uncommon in Japan but they always give pause for thought. And then it's off to the niijikai, the second party, and it is of course karaoke. His friend whispers to him "remember, sing the songs you know, not the songs you like." Good advice as it turns out. They all walk the short distance to Smash Hits in Hiroo, the girls a little distance ahead, swapping notes on how the dinner went.

Tengu is watching as the girls seem to be teasing Naomi who playfully slaps them laughing. The guys looking at him smiling as they descend the stairs into the basement karaoke bar. The stage is filled with six guys singing a fine rendition 500 Miles, stomping in time to the wild applause of the rest of their party. Naomi appears next to him, she has the English language song book in one hand and the bowl of edamame, small green beans, in the other.

Not wanting to disappoint, though very conscious that his singing is nothing to write home about, he chooses a Beatles' song and waits for the call to the stage. Karaoke in Japan has much less to do with skill and much more to do with effort and Back In The USSR is the perfect vehicle for those short on vocal talent. The crowd go wild, Tengu had put his heart into it, no one cares that he couldn't carry a tune in the proverbial bucket and Naomi is smiling. It's time for the last train, they gather their coats and head for Shibuya Station. Crunch time.