The Japanese Royal Family has little chance to express itself. Although remaining fundamentally popular, their lives are controlled through the Imperial Household and their pubic personas are limited to the occasional poem and the odd birthday statement of thanks. That was until this week when Crown Prince Naruhito broke all protocols and spoke his mind directly to the press, making himself a hero to many as he challenged the direction current politics were taking. He then took a jog around the Palace.

But this week Prince William, second heir to the throne of the United Kingdom is on tour in Japan. And the crowds have gone wild. Today he visited Diakanyama, a small suburb of Tokyo and people started arriving four hours in advance. They stood in the freezing weather in hope of the chance to glimpse the future King of England. It was families, kids, old couples and young alike. And many brought their dogs, one dressed in a magnificent Union Jack outfit. And did I mention it was cold?

People are simply delighted, and somewhat amazed, at William's relaxed and friendly approachability. He walks and talks to the crowds, shaking hands and, something almost unheard of, smiles with them. As he got out of his Jaguar this morning the assembled throng surged forward for the chance to take their ultimate picture. And this afternoon he is leaving to visit Tohoku and see the devastation for himself. I'm assuming by helicopter, something he could actually fly himself. Japan has a new celebrity Royal. And he's not Japanese. 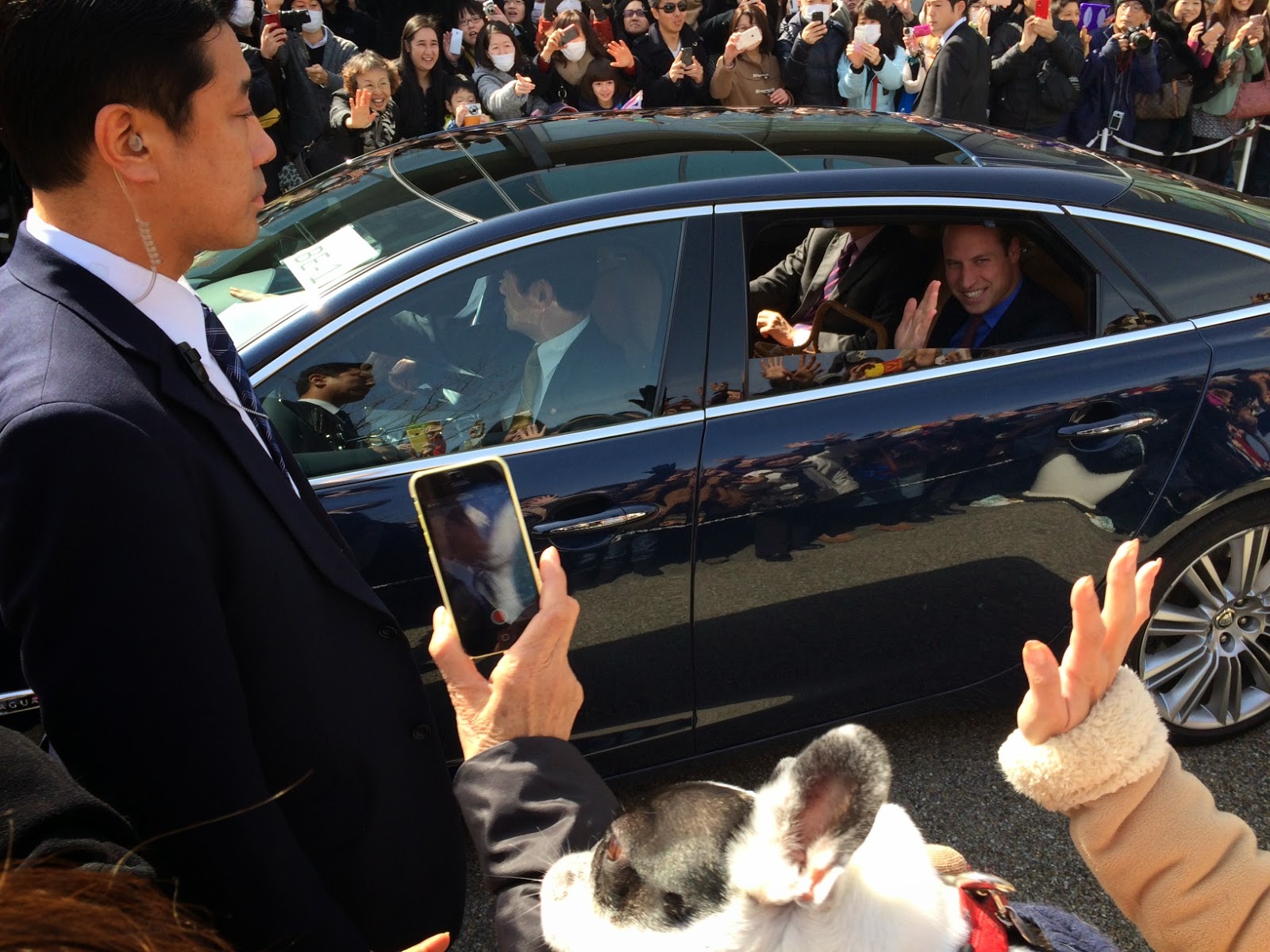 Posted by TenguLife at 1:48 PM