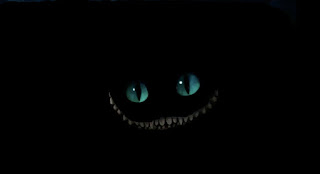 I'm relatively sure that Alice didn't actually arrive one day in Tokyo (though Gulliver actually did if you were wondering) although she traversed a looking glass and descended precipitously down a rabbit hole on separate occasions. And the answer to the classic pub quiz question of how she made it through the door, the revelation is below*. And no, she didn't drink from the bottle to enter but you will more than likely kick yourself when you see how she made it to the appropriate size. However, for some reason the door does appear to have established territory in the streets of Japan. And it's following me. 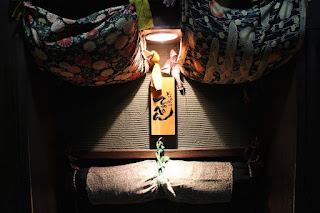 The way in to last night's izakaya, nearby Nakameguro Station, was an old sliding door, slightly below waist height, where the attendant dutifully reminded me to watch my head as I got down on hands and knees to cross the threshold (fun the first time but when the washrooms are on the outside, somewhat straining on the second or third occasion). But the food was worth the entrance, though this is probably not a phrase used by Michelin in their guide. As the third of our party arrived somewhat late, we offered one of two chairs at our table. Luckily selecting the correct one, as the other turned out to be for the date of the quiet gentleman sitting to my left. Who probably wouldn't have said anything anyhow. 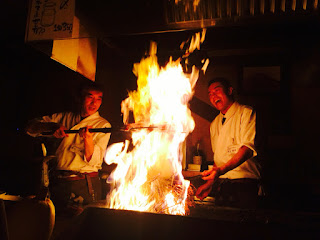 Though somewhat unusual, this is the second time (with the same friends) I've ended up crawling into (as opposed to "out of") a wonderful location. The last time was in Shibuya where I walked up a flight of stairs over a 7/11, past the washing machines, along a suspended gantry and banged on a door only to have a nearby steel hatch open, a head pop out, and waitress inquire the name of my reservation. I think they are used to lost clientele. To miss-quote Churchill "Once is an accident, twice a co-incidence, three times enemy action". I'll know next time how much fun they are having at my expense... but as always in Japan, it was great food and great company. And a great experience. Back on Friday, with Gandalf. But that story is for another day. 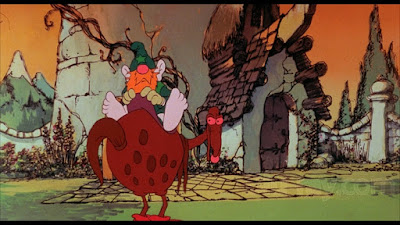 * she nibbled on one side of the mushroom following the advice of the caterpillar (and Jefferson Airplane) as he gently smoked his hookah into oblivion.

Posted by TenguLife at 3:23 PM