1940 doesn't immediately bring to mind the concept of The Olympics, the world being somewhat distracted by a raging war snowballing across the globe at the time. However, the games were indeed awarded and preparations were underway before events overcame the host city which, four years after Hitler's Olympics in Berlin, was Tokyo. Japan had seen them as something of a PR coup, especially given the fighting in China which was leading to a growing isolation from Europe and America.

It eventually fell foul of the Japanese military though which had at first tolerated the preparations, assuming the war in China would be concluded swiftly but was coming under pressure as hostilities continued. The cancellation became inevitable in the summer of 1938 as resources continued to be directed towards the overseas actions and the high command lost patience with what was being seen as more and more of a distraction. Surrendering the cause, the presiding minister pledged the games would be held one day, when peace returned to Asia. A pledge eventually fulfilled at the country's coming out party in 1964.

So 2020 is not the second time that Tokyo has prepared for an Olympics but the third. Additionally, Sapporo, the main city of the northern island of Hokkaido, had also been planned for the Winter Olympics in 1940, something it could deliver finally in 1972. But with criticism of the make up of the organisation committee, no national stadium and a logo allegedly copied from Belgium, it is not going quite as smoothly as could be desired. However, the loss is not going to be in sports, that will eventually come together, the real loss will be in the opportunity to further internationalise the country. That race, sadly, looks to be already lost. 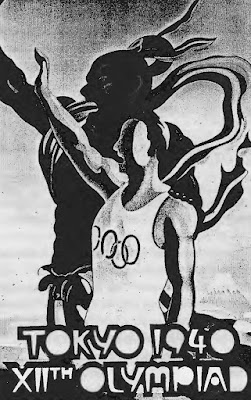