Soy sauce and other giant squid and whale stories 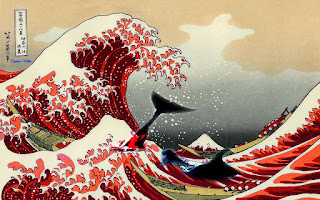 Having conceded we would agree to disagree, as a final, and ultimately heroic failure of an attempt at winning the argument, I cunningly asked my assistant what, then, was she going to tell her grandchildren when all the whales have vanished from the seas of the world. She looked at me and replied with a twinkle, "they were tasty...". Fair enough. Japan struggles with its relationship with the largest creatures in the oceans; traditionalists arguing it is in part, the culture to enjoy the dish whilst others, predominantly the younger generation, suggesting cultures evolve over time and this time is the one to move on. A quick look at the stats show the traditionalists don't have a fin to paddle with (whaling only taking off after the Norwegians provided a modern ship in the 1930's making it no more traditional culture than a-ha!) and with stockpiles of over 1,000 tons of frozen mammal to call upon, the buying public appears to be siding with the modernists. 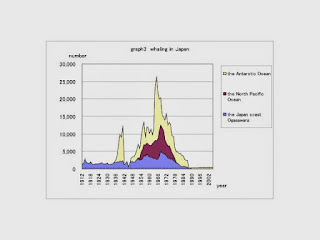 The traditional huntings grounds of the Ogasawara Islands, some 1,000kms south of Tokyo (and inspiration for the Orange Islands of Pokemon fame) have figured out that whale watching is something of an economically more viable business model than whale hauling and indeed have created a research centre which in 2005 took the first images of a giant squid, that of sail-ship lore. But no one has yet mentioned this to the five thousand residents of Taiji, the town of The Cove fame. Dolphins genuinely are family entertainment in the seas and an economic alternative for this town in Wakayama-ken with road, rail and sea access. 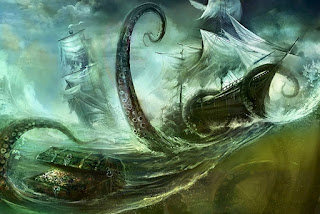 And it was another little town along the coast of Wakayama prefecture that, in the 1200's became home to a returning monk looking to set up shop and brew a delicious condiment he'd brought back from his travels in China. The Chinese had been enjoying miso paste for over a thousand years but it was left to Japan to syphon off and bottle the brown and sticky by-product. And soy sauce was born. Still to this day, the town of Yuasa ferments their soy bean for up to three years, creating the iconic product of shoyu. Which ironically is used, amongst other alternatives, to lubricate the taste buds in the hunt for perfect bite of whale meat. 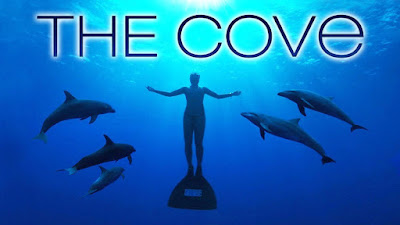 Posted by TenguLife at 3:24 PM