The Ambiguity of Article 9

Japan is quite refined in the art of ambiguity. To achieve lasting peace and prosperity, Article 9 of the Japanese Constitution states that "land, sea, air and other war potential will never be maintained". Noble sentiments that have served the country well over the last seventy years or so. Coming into effect on May 3, 1947 as a revision of the more militaristic Meiji predecessor, the country has not seen international conflict in anger since and only recently provided even the most basic of support to friends in hot places. Compare this to the Western score sheet and the scale of the achievement takes on near Biblical proportions. 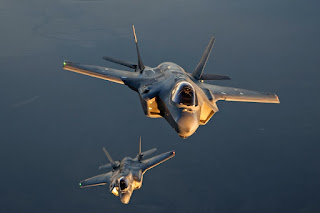 Written in English (MacArthur tired of the government's attempts at maintaining the historical role of the Emperor) there is little room for misunderstanding though the Japanese document that received the seal of assent has since been re-interpreted to exclude defensive forces from the specific exclusions of Article 9. And it is this anomaly that the Prime Minister would like to see addressed head on with an actual revision to the terms so as to no longer have to hide behind something of a smokescreen. When the world rallied to arms in the first Gulf War, Japan could only send a cheque. To be fair though, George Bush did vomit in the lap of the then Prime Minister Kiichi Miyazawa, but that's another story. 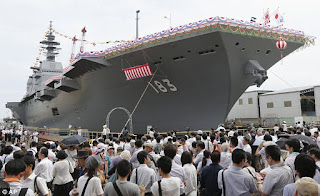 But here's the thing... Japan already has the eighth largest defence budget on the planet just behind France and the UK though a fraction of that of the US or China. It launches satellite tipped ballistic missiles into the heavens, manufactures F35 strike aircraft under licence, commissions 400m "heli-craft" carriers (resplendent with launch ramps...?!) and employs in excess of quarter of a million active military service personnel. So it's somewhat understandable that the government would look to normalise proceedings and adjust the constitution to reflect the reality of the day despite the inherent sensitivities (and watch this process arriving via the back door to a revision of the "education for all" provision). But then again, with a strict reading of the English original, it could be argued Japan are not actually "maintaining" a war potential; it's positively building it!

Posted by TenguLife at 4:14 PM