Doctors, babies and how to call an ambulance in Japan 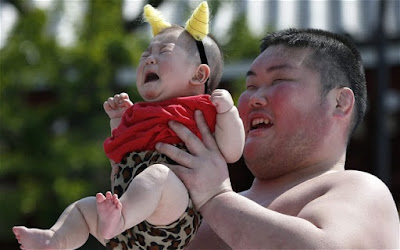 A number of the concerns for any expat arriving in a new country tend to follow a fairly predictable pattern. Finding somewhere to live, getting children into schools, opening a bank account and finding medical support in a language they themselves support. There's nothing like a good illness without a doctor you can talk to try the spirit especially if it's malady unfamiliar in their home country. Even  drugs can have different names adding to the confusion. Something of an issue for those with severe allergies.

The good news is that Japan has outstanding, first world, medical facilities. Although you have to pay upfront, if you're on a local contract then a significant element of the cost is covered by the government. But caveat emptor, using your national insurance card and finding a doctor who speaks your language are not, necessarily, the same thing. The international facilities tend not to accept the local green card and the domestic hospitals are unlikely to speak anything other than Japanese outside the major cities.

One further point to note is, if you happen to need an ambulance (dial 119 by the way) it will arrive quickly but then, in many cases, commence calling around to find a hospital to take them. Something of a pain if you're in, well, pain. This isn't anything against foreigners, it's the process for Japanese too. But once you're in, the place will be pristine and the service quick and efficient. Unless you're having a baby that is; then you can be in for a week or more. For fun, try asking how long women are pregnant in Japan and you'll be surprised to hear it's ten months. And that's a whole other story.