The Law is an Ass - Compare and Contrast

"The law is an ass" is a classic English phrase dating back to the 17th Century meaning essentially, "the law got it wrong". The "ass" in this case is a donkey, a creature somewhat famed for its stubborn, as well as intellectually challenged, nature. Ian Hislop, editor of Private Eye, an English satirical magazine, updated the phrase in 1989 whilst standing on the steps of the Court having just lost his case, saying "If that's justice, then I am a banana". Different words, same principle. The law must be, and be seen to be, fair to all, blind to status and standing. Which raises the question what exactly is "fair" or "reasonable"? Simple, it is defined to be the opinion of the man on the Clapham Omnibus (stay with me), someone considered to be a rational and intelligent person who would take a rational and reasonable decision.

The concept of being judged by one's peers, although centuries old in many cultures, is relatively new in Japan having been introduced in sorts in 2009 (an analogy was trialled in the early 20th Century but shelved with the onset of war). The issue of the police being able to hold an individual for twenty three days without charge is relatively well known and given the 99% conviction rate, often based purely on confession extracted without legal representation, somewhat seen as "effective" (!). As the thinking goes ~ why would the police have arrested him in the first place if he wasn't guilty? So the question arises, would Japan benefit or not from the opinions of the man on the Clapham Omnibus?

A recent case of the parents of a schoolboy being sued for not clearly explaining the dangers of playing soccer at school illustrates the dilemma. The boys were playing after school, supervised on school grounds. The goal posts were near the school gates, the ball ran into the road and an 80 year old gentleman on a scooter swerved to avoid it. Falling off and subsequently contracting cancer (I'm not making this up!), he passed away and the family was initially awarded significant damages for the lackadaisical attitude of the parents. No connection between the game of soccer and the cancer was established and the school wasn't even cited. Our Clapham commuter would have laughed and probably told them to get on with life, no case to answer. But the parents spent years in the courts.

A second example relates to a recent highway crash when the driver of one car fell asleep and crossed the central barrier, crashing headlong into on-coming traffic. A passenger in the first car sadly lost his life and the debate ensued as to who was responsible. The on-coming car, in his own lane, minding his own business, was deemed to be partially responsible as he was there in the first place and didn't  sound his horn to wake the drowsing driver. Our man from Clapham would, at this point, probably be spinning in his grave. The on-coming driver apparently holding no reasonable duty of care to the sleeper at the controls of the errant vehicle. Who clearly does hold a duty of care to the occupants of the remainder of the road.

By convention, I more often than not contain the posts within TenguLife to the objective rather than the subjective. However, whilst not drawing a conclusion as to whether there is a right way and, by implication, a wrong way, occasionally it's a good principle to raise a point for debate. So: 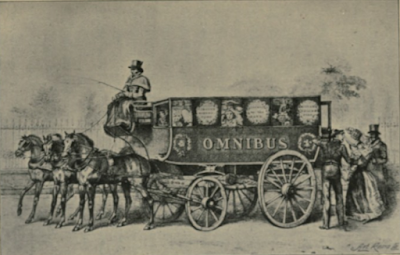 Posted by TenguLife at 9:30 AM