The tired and emotional salarymen of Japan

The long suffering salaryman is the quintessential cliche of Japanese business. Long hours in the office will often be followed by semi-mandatory drinking sessions with his (and it is predominantly a male phenomena) co-workers. The days of the corporate expense account to support these bonding sessions are long gone so as the money comes out of their own pocket, the search for a more cost-effective venue has been adopted.

The evenings will often involve an enjoyable, though budget priced, dinner and quite a significant quantity of the foamy beer served ubiquitously in the bars and restaurants of Japan. There is one, almost predictable, side effect of these evenings. Someone is going to get absolutely trolleyed. Japanese, as with many of Asian descent, often lack an enzyme that breaks down alcohol. Westerners fortunately have it in abundance so will often be just starting the evening as their Japanese colleagues are snoozing at the table.

An interesting social effect of this is that it is often impossible to tell whether someone slumped in the corner has had a single beer or a veritable skilful. And so there is little stigma attached to appearing to be tired and emotional. Eyebrows remain completely unruffled at the signs of intoxication. And usually a quick shake or smack on the back will bring the individual around when it comes time to leave. Their friends always ensuring no man is left behind. Even when it takes three of them to lift him off the floor. 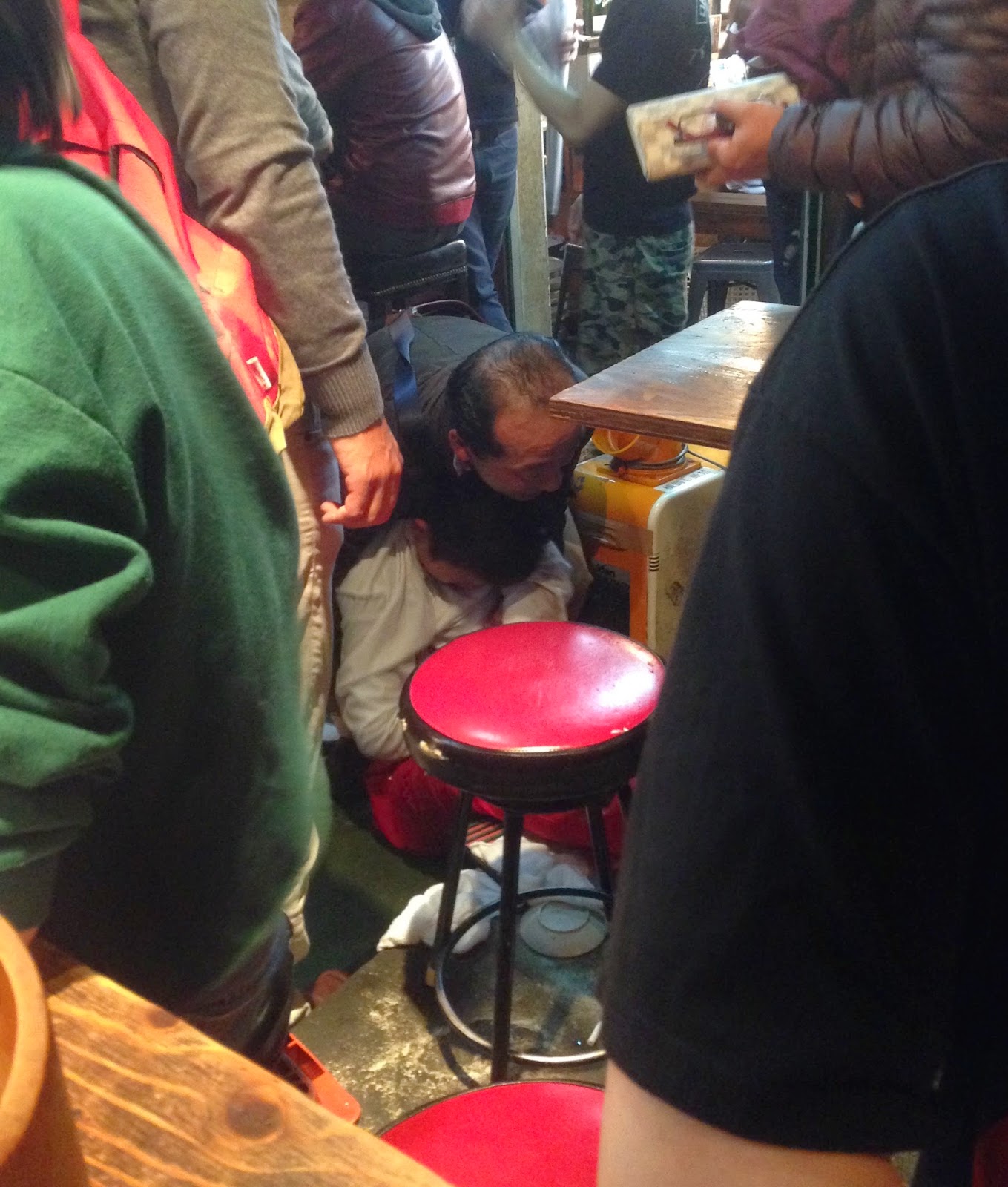 Posted by TenguLife at 3:12 PM