Whales, Politicians and a Free Press in Japan

Recently the Japanese whaling fleet left the western harbour of Shimonoseki for the Antarctic. Although the ships carried no harpoons and claimed to be pursuing peaceful research, it still aroused global criticism. The accusation being this is just a scouting trip for next year's hunt. Since the late 1980's Japan has insisted on "critical scientific research" that involved hunting, killing, storing and selling whales, claiming time and again there was no other way to obtain the "scientific data". And the stockpiles of blubber grew.

However, this post isn't about whaling (this one is though). In any healthy democracy the role of a free press is to hold our society up to the cold light of truth. The press has consistently supported the line that whaling is a cultural issue (though it only really began in the era of Elvis) but yesterday's sailing is a clear example of the hypocrisy of the industry. If it was critical to kill the whales yesterday then why isn't it critical today? And there wasn't a mention of it anywhere.

You might think it had been pushed off the front pages by the horrendous barbarism in France and although this did receive an element of coverage, it came as the second story. Politically the press are controlled by the government through the kisha clubs where information is disseminated. Annoy the government and you're out without a story. But that doesn't really explain why yesterday's main discussion was about a tooth and a bit of plastic being found in a McNugget. Seriously, Japan would only benefit from a stronger, freer and arguably more mature national press. 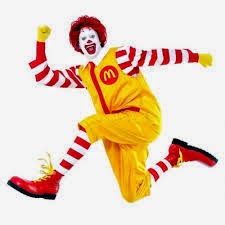