"Sayonara", written by James Michener in the mid-1950s, follows the relationship of an American officer stationed in Japan during the Korean war and how he met and fell in love with a dancer, Hana Ogi, slowly developing an understanding of an international relationship that only someone in that situation can really appreciate. It was later made into a very successful movie staring Marlon Brando but that wasn't something I knew until years later. 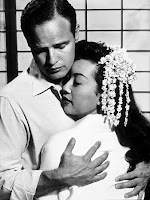 When I met my wife I spoke little Japanese and she no English at all. The characters in the book follow the same path and when I read it the story helped me realise I wasn't the only one to be going through the development of a bi-cultural relationship. As we'd created our own language that only the two of us understood and as both of us watched the others eyes open to alternative ways of looking at life, so this book traced the effect some four decades before.

When he can look at a painting of Hanaogi, the 18th century courtesan and see the same as looking at a picture of Hana Ogi, the 20th century star of Takurazuka, he realises he understands so much more than before his life in Japan. Standing on the beach at Miura ten years ago with my Japanese friends, they all look to sea and enjoying the view, me looking at the concrete and pylons, it took me time to come to that appreciation. But I'm glad I did. If you're starting an international relationship, especially where language is a problem, this book will resonate with you and in a way you won't feel quite so alone. 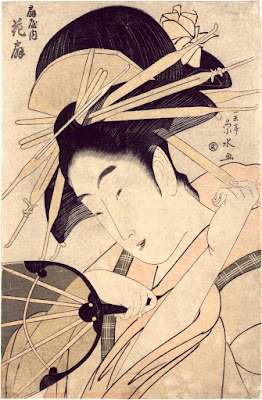