Blue signs and hubcaps - the speed cameras of Japan. Retracing the journey from Nagano on the Japan Sea coast on a Sunday evening into Tokyo, there would inevitably be a long (long) tailback about 50k's out of town. And then nothing. Clear horizons all the way. No crash, nor roadworks, nothing. Except for a speed trap that would cause everyone to drop to 100kph triggering a vehicular shock wave that would role back up the highway as thousands of weekend get-awayers touch the brakes and subsequently sit and watch the hubcaps tick by.

And if you were wondering, there are two individual styles of cameras on the highways of Japan. The ones that look suspiciously like just a camera are exactly that, just a camera. They record the activities of the drivers of the country up and down the roads as they pass by. And that's it. Pictures only (unless you hold a guilty secret of course, in which case they really are tracking you). However, separate from this system there are the speed traps which are the ones with a square box sitting smiling next to them. That's the radar. Except for the newer ones, these they have started to place more subtly at side of the road in a hedge, somewhat hidden away. 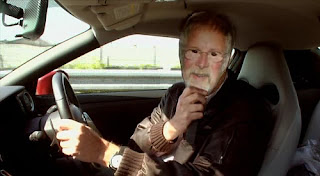 Which, on the face of it, seems somewhat unfair. But as Jeremy Clarkson (he of Top Gear fame) once pointed out, the photo needs to show your face (which is why the police don't send the picture to you but request you drop in for a chat; saves the awkward moment when an inappropriate "friend" was in the passenger seat). And, to be fair, they do give you a heads up, if you ever see those large, blue, square signs at the side of the highway, it translates as "there's a speed camera ahead so slow down!". Happy camping,  and now they've taken away the speed camera outside Tokyo, no more slow moving hubcaps. 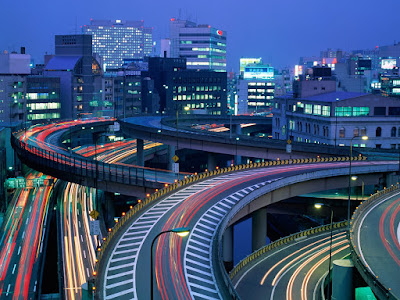