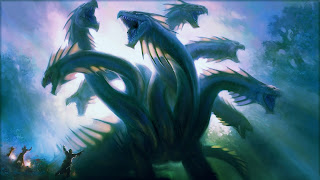 Some 700m above sea level, Ashinoko (literally, the reedy lake) is the home of many a shrine, onsen and one particular nine-headed dragon. Oh, and the confluence of three tectonic plates just for good measure. It's also home to one of the check points on the Tokaido where the heads of unfortunate travelers, caught without the appropriately stamped and sealed papers, would be displayed for good measure to dissuade others from this inappropriate action (a little like a parking fine in modern times as it were). 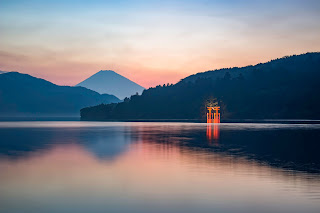 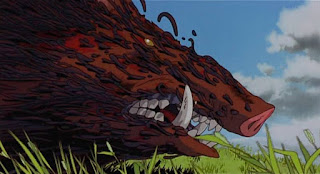 Formed in this volcanic land some 3,000 years ago, said dragon was initially believed to be malevolent however has taken on the role of a revered deity over the centuries. And strolling along the north-east of the water's shores, you'll come across the peaceful Kuzuryu Shrine located in an arboretum representing some 70% of native trees to Japan (and the only thatched building I can recall in this country). And they are beautiful in autumn. Interestingly you'll also notice a series of shuttered lodgings which quietly closed nearly a decade ago following an influx of wild boar into the ryotenburos (outdoor bath) of the retreat. How I wish I had a picture of this.

And one of the most popular pastimes is to take a ride on the cruise ships plying the length of the lake, viewing vistas of Fuji reflected in the water. Two Spanish galleons and a brace of four deck catamarans sail the lake from tip to toe throughout the day. And sitting at the shrine, looking out over a dragon water fountain, all that I could think of was, how on earth did they get these ships up 700m from sea level in the first place? 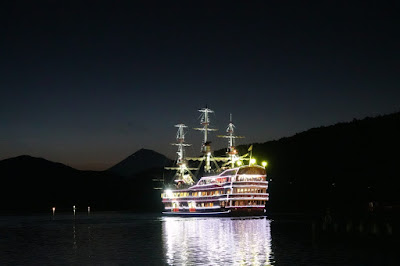