The memories of Golden Week 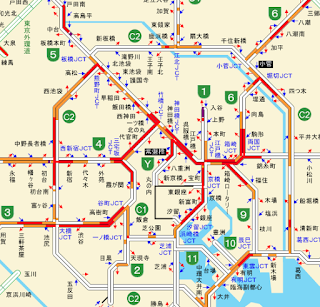 Golden Week, the series of national holidays that starts upon the 29th of April each year in Japan and allows for nearly ten days away from the daily grind of the office for the cost of a couple of days of annual vacation, is about to commence. The traffic is already building across Tokyo and the highways will stall within a few hours. But tomorrow morning will be slower still and those brave enough to venture out will also still be out several hours later. Which is strange.

Because although in Japan the government not only supplies information on-line as to real-time traffic black spots, red-sports and generally difficult conditions, it also provides forward forecasts by day, by road. Heading to the mountains or the coast or the golf course, there will be a helpful indicator that tells you which day the traffic will be at its stationary peak. And still they go; to paraphrase Jeff Wayne's plaintiff cry in "War of the Worlds".

But Children's Day, the 5th of May, the last day of the holidays, is a national celebration. A friend of mine would always organise an expedition to see the Urawa Reds play in the 62,300 seat Saitama Stadium with himself and his wonderful family. A football crazy soccer fan he would invite us to the game and refuse to let us pay for the tickets or even buy the beer. And the last time I saw him he had my young son on his shoulders, running through the streets of Urawa, celebrating his team's triumphant victory. And then he died. And each year during Golden Week I sit and think about him, and I miss him. 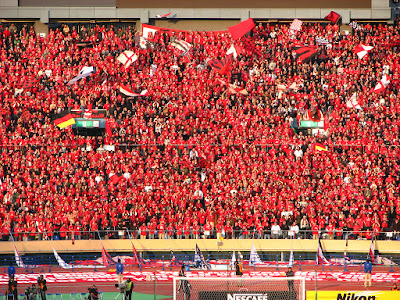 Posted by TenguLife at 5:51 PM