The differing ways to measure an earthquake 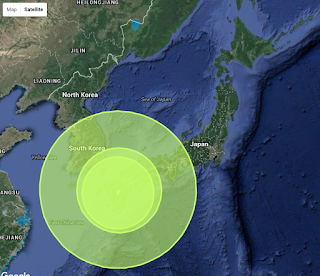 Japan, lying at the intersection of three of the planet's great tectonic plates, is prone to earthquakes as the massive islands of rock press up and over each other, one forming mountains, the other forming immense sea trenches, eventually spawning their offspring, volcanos. And as yet, it remains impossible to predict when an earthquake will strike, and to a useful extent where, though it is just a matter of time that Japan will take an impact.

The measuring system of the size of an earthquake though can be defined. But as always, there is more than one way to skin a Japanese cat. The recent M7.3 that struck Kumamoto was undetectable in Tokyo, we didn't feel a thing. Though closer aftershocks possibly triggered by the activity a thousand miles away did have me diving to grab the TV before it fell. And here lies the rub, what is more important, the power of an earthquake or the impact is has on your house.

Western systems (Richter as the press prefer, or Moment of Magnitude as the scientific community tend to refer to) are synonymous with the energy released in the earth's convulsions. Wherever you are in the world though, M is a fixed number. But the Japanese system, shindo x, is a statement of the intensity of the impact at any single, specific location. Scaled 1 ~ 7, 1 being barely perceptible, 7 being total destruction, it speaks little to the power of the temblor though volumes as to whether your family's highway to work has collapsed. Both systems are useful but they are quite different. 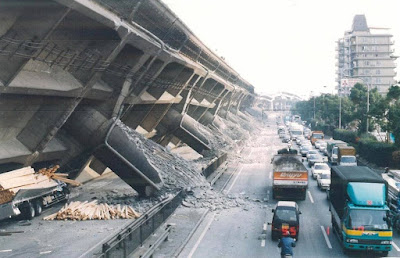