The streets of Dogenzaka

The streets of Dogenzaka carry an interesting character. In the late 19th Century they led to the daimyo lands of long forgotten war lords though still referenced in the books of Yukio Mishima, many of which will leave you wishing you had left them on the shelf. But Dogenzaka is an area of re-invention and re-interpretation. From once leading to the lord of the land, they now house the houses of the young. And your taxi will have to slow down as you drive through. Though walking is better. 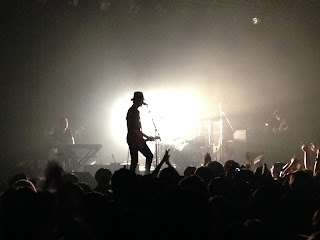 The district is now under a long term re-generation unrelated to the 2020 Olympics though many may assume so. But quietly in the background the area has adapted over the years to each of the passing waves to overcome Shibuya in central Tokyo. The clubs are small, a few hundred people at most, but they show life and are open to all. A recent concert by one of my favourite Scottish bands saw maybe 500 enjoying the show but maybe the same on the streets waiting for the next.

And that's the point. In Tokyo 500 teenagers can gather together on the streets and no one feels concerned. In fact you kind of wonder where they got the costumes and where their coats are on a cold winter night. And as your taxi slowly moves through the crowds, the angry young youth of Japan will politely move out of the way and bow to apologise for causing you some inconvenience. Which on the whole is a great deal better than being shot at. 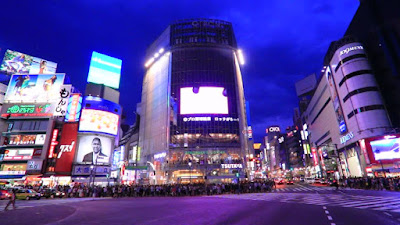