Jodie Foster and the Aliens of Shiretoko 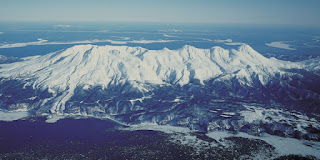 The Shiretoko Peninsula in eastern Hokkaido derives its name from the Ainu word meaning "the end of the world". And it would seem hard to argue with that. Some seventy kilometres long, it boasts no less than seventeen volcanos and has the distinction of being the most southerly location in the northern hemisphere where sea ice will form. A distinction for which it received UNESCO World Heritage status in 2005. 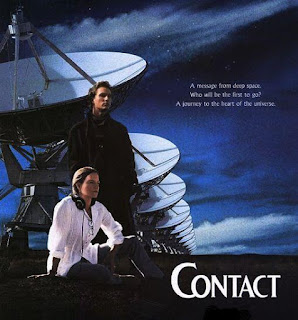 However, the Shiretoko Peninsula has something of an inter-galactic secret. In 1997 Jodie Foster first met aliens there in the classic sci-fi movie "Contact". The original colossal worm-hole making machine having been destroyed by a maniacal Jake Busey at Cape Kennedy, a space bound John Hurt brings renewed hope to Dr Ellie Arroway by showing her the location of a second, secret, device hidden on a spur of land on the east coast of Shiretoko.

But here's the kicker. Not only does the interstellar mobile phone not actually exist, though I think we'll all be ok with that for the time being, but neither does the spur of land on which it was supposed to be built, the location having been CG'd into the movie. So if you do try to contact aliens in northern Japan, the closest you'll get to is the Kunbetsu Post Office. And of course then you'll need a valid shipping address. The truth is out there. I'm afraid just not in Shiretoko.

Posted by TenguLife at 2:11 PM