The Cancer of Fukushima 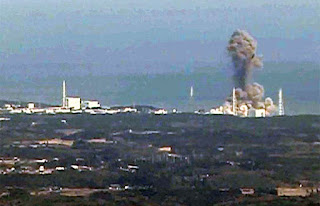 Nuclear power is something of an emotive subject in Japan following the disastrous multiple meltdowns at the Fukushima Dai-ichi plant in March 2011 and subsequent contamination of the local region by what was, in effect, a massive dirty bomb. Since then, every reactor in Japan has been taken off-line for "maintenance" though Sendai (in southern Kyushu) was brought back to life over summer and Tsuruga, on the Japan sea coast, is currently pushing to restart its engines too. And without them The Maldives is soon going to be a new Atlantis.

Public concern has been recently heightened by reports of the first worker to develop cancer through exposure to radiation at Fukushima itself. Except, despite the headlines, he didn't as far as anyone knows. With 40,000 workers at the site, the average cancer rates in Japan suggest at least 200 would develop cancer annually without any man-made encouragement. The unlucky individual, with a dose of 15,700 microsieverts, has been awarded workers compensation for falling ill and being able to prove he received a dose higher than that legally mandated. Despite the headlines, no one is actually claiming there is a causal link between his illness and exposure to radiation. He was just smart enough to fill in the correct claim forms.

Indeed, workers in the US are deemed at no risk working in an environment with ten times the radiation levels of the Japanese government stipulated safety levels. To date, no single person has died as a direct result of exposure to radiation from Fukushima. But the suicide rates of those displaced in the evacuation are very real and increasing. With a construction boom in Tokyo pulling workers away from rebuilding Tohoku and allocated funds sitting unused in government coffers, perhaps it's time to worry a little less about the design of the new National Stadium and instead help those who four years later are still living in shelters. Just a thought.