89.7 - The most important number in an earthquake

At  5.46 on a cold January morning in 1995, as the first Shinkansen prepared itself for the journey west from Osaka, a 6.9M earthquake struck some twenty kilometers south of the city of Kobe. There was no tsunami however, as the temblors rushed through the city they reflected off the mountains that encircle the prefecture to the north. And caused an interference pattern that flattened the metropolis in under twenty seconds. Over 6,000 lost their lives that day.

Famously, the elevated highway, snaking along the coast, wavered and then collapsed. Cars were crushed and an overnight bus hung, front wheels in free air, becoming the global image of the catastrophe. Fires ripped through the carnage, especially in the old, wooden, quarters of the city. They would continue through the night as rescue was catastrophically delayed. And, in the days before the internet, with the power grid razed, the only information came via battery powered radio.

Many learnings came from that day one being to stop the government restricting the roll out of the now ubiquitous mobile phone (they were just mobile then, no smarts...) and another was to grant licenses across the country to new, English speaking, radio stations. The new broadcasters contractually bound their bi-lingual teams to live within walking distance of their studio to ensure service could continue if possible. And, if we're ever hit by the big one in Tokyo, one of those can be found at 89.7 in glorious FM stereo. 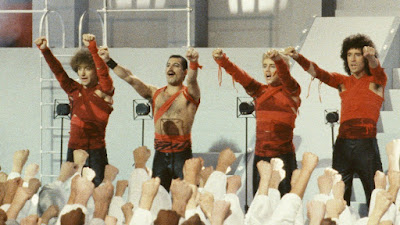