Getting lucky at the National Stadium

Yes, I know there are various different interpretations that could be attached to a title such as "Getting Lucky". And it also seems a great concept for a song title. Though that may have been done before. However this week we got lucky. Paul McCartney announced he was coming back to Japan. Whichever way you look at it, that's a Beatle up there on the stage.

When he toured Japan in November I was having lunch with a friend when his phone rang. Two tickets, did we want them? Actually it wasn't something I'd really thought about but given the chance we decided to go. One of the best shows I've ever seen. When McCartney plays The National Stadium in May, it'll be the last chance to see one of life's great entertainers and a chance to see a little part of the 1964 Olympics before it is finally consigned to history. And to the Nagaijin, this time he's coming there too. 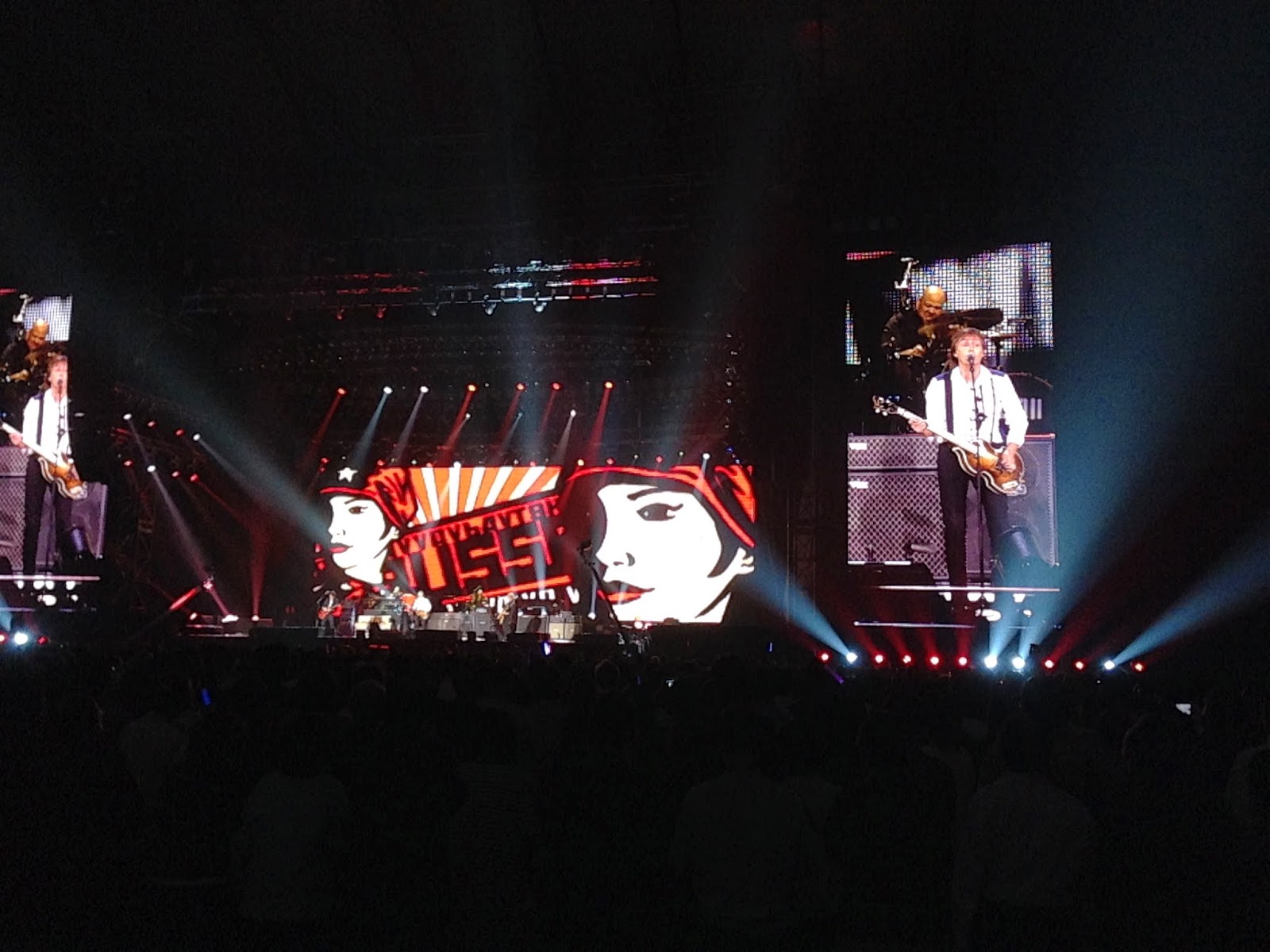 Posted by TenguLife at 4:40 PM