An Olympic Game of Chicken

100 days to go. In 100 days there will be a subdued opening ceremony, no international fans (no discussion about International corporate attendance I've seen to date). Long term residents isolated overseas will watch as some 11,000 athletes (without counting Para-Olympic competitors), coaches, trainers, support staff and (as yet unconfirmed) families of competitors, are waived through the airports of Tokyo. And they won't be too happy to put it mildly.

The country will also watch these visitors from overseas and we're down to 24% support for the entire event as of today. Although the mask culture has been long established and shaking hands the exception, on the ground it is generally seen as a super-spreader event. The one big difference from last year being vaccinations. Except the government has been caught somewhat, flat-footed. Where as Bhutan has managed to inoculate nearly the entire mountain Kingdom, UK is well into it's own program with millions already having had the jab and America, the stumbling giant, has finally woken up and is now running an impressive rearguard action, Japan remains below 100,000 arms with jab wounds. Total, not daily.

The government is now discussing how commensurately complex the logistics are to inoculate a population of 127m. It isn't like they've had over a year to plan for this. One good step forward, yesterday the laws requiring new drugs to be tested on Japanese subjects prior to release (the Pill took over two decades (funnily enough, Viagra required mere months) for approval) were finally suspended. What's good enough for 200 million and counting, can now be applied here too. But the IOC and JOC are playing a tactical game of chicken. It's difficult to know whom will blink first and call it all off. Or maybe it'll be the competing countries who pull the proverbial plug first. The irony being that that would be following the lead of North Korea which pulled out recently due to COVID concerns.

For now however, "Let the Games Begin!". At least until the fat chicken sings... 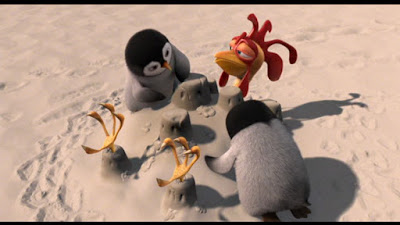 Posted by TenguLife at 4:38 PM