The Cranes of Tokyo 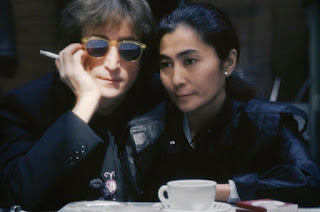 Seeking to gain the affections of a talented young singer / songwriter, Yoko Ono slipped John Lennon a note on which there was written a single word. The note said "Breathe". And the rest was a little piece of history. And this concept is why breathe is my favorite word in the English language. However, that has absolutely nothing to do with this story except that one day I was asked my favorite word in the Japanese, which is Tsuruhashi, the sound of which has always had a similar, calming effect for me. 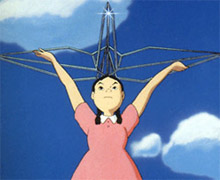 The word refers to a small merchant district in eastern Osaka and translates into English "crane bridge", crane in this instance referring to the bird regularly pictured throughout Japanese mythology (and, on the odd occasion, actually traversing the waterways of Tokyo). Which brings me too the story of Sadako Sasaki and the thousand paper cranes, which she did complete but it couldn't cure her of the grasping hand of the blinding light and black rain of August 6, 1945. But I digress once again. 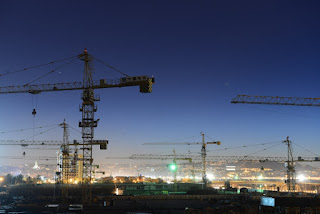 Tokyo is in the midst of a great construction boom; of Biblical proportions. Looking from my office window I count thirty-one cranes on the horizon and a further eleven on the opposite side. Except these can't fly and have no wings but are the work horses raising a new city profile that will last for the next fifty years. Which made me wonder where they all came from as you don't usually keep a spare crane or two in the garden shed. And then it made me wonder what was actually going through the operators heads when the storm hit a few days ago... 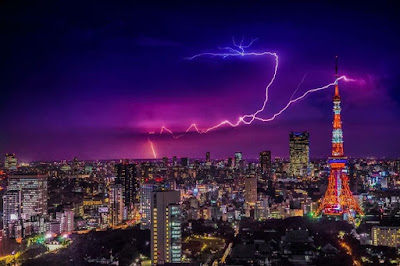 Posted by TenguLife at 3:08 PM