The Sands of Tottori Ridge 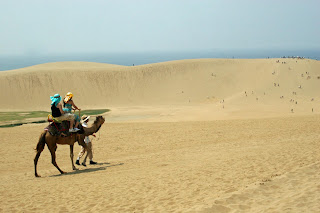 On the Tottori coast of the tideless Sea of Japan, there is something of a anachronism that appears under the landing gear of flights as they descend from Tokyo in the east into the aptly named "Sand Dunes Conan Airport". More an image from "Lawrence of Arabia" it is replete with camels and ponies that ride the ancient dunes as they rise hundreds of feet above the water. Covering over thirty square kilometres, the dunes are thrown up by the prevailing winds and the peculiar currents of the coast line and have been around for something over 100,000 years despite the best efforts of the local authorities to plant trees and build wave disrupting sea defences. 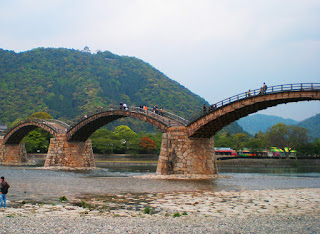 And that's about it for Tottori-ken however it's still enough to attract some two million tourists each year. The name itself means "to catch a bird" possibly from the abundant waterfowl but also possibly from the swan that taught the son of the Emperor Suiko to speak. Then again he was already thirty and this would appear to be more an urban myth than an actual sub-plot from The King's Speech. Though if the only word he mastered was "quack" the legend may hold an element of truth in it.

Tottori, on the fringes of the Chugoku region, which extends west to the Straights of Shimonseki (which is a whole different story), the dialect is a mix of Kansai-ben, Chugoku-ben and various other more localised spoken traits. And so when people say there is only one version of Japanese, point out there just may be others. But whatever you do, don't say that in Tohoku-ben, because absolutely no one is going to understand you if you do. Botchi botchi da na. 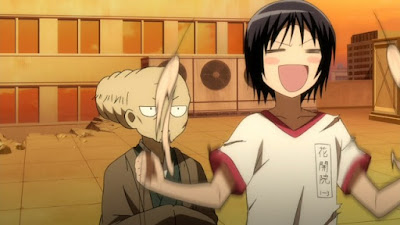