Pyramids to Baseball - the Giant Buddha of Japan 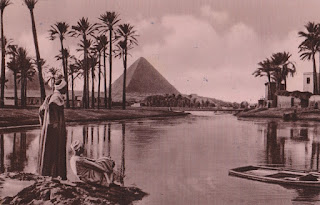 The pyramids were big. Seriously big. Once complete, The Great Pyramid of Giza, at nearly 150m, was the tallest building on the planet for the next 3,800 years until the stone masons at Lincoln Cathedral, England, took up the challenge. And in the world of wooden structures, nothing compared to the original Great Buddha Hall in Nara, western Japan, for over a thousand years. Built to contain a giant statue of Buddha, the building also acted as the local monks administrations office and the grounds contained pagoda reaching nearly 100m to the skies, giving the pyramids a run for their money. 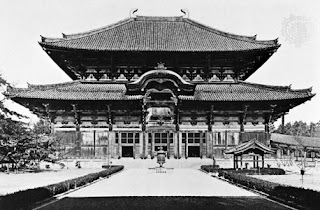 The construction of the Buddha required donations from over two and half million people. Following a series of natural disasters, civil unrest, failed harvests and even an outbreak of small pox, the Emperor decreed it to be the duty of all citizens of the region to contribute to the monolithic hall and the 15m bronze Buddha itself, to pacify the deities. Harsh in a starving rural environment but probably better than offering up your first born as required elsewhere not too long before.

And so the Great Hall was constructed, the Buddha cast and the local deer population became recognised as the messengers of the gods. And the Emperor had nearly bankrupted the country in the process, something many would see as potentially foolhardy. But not if your objective was to pacify your empire and bankrupt your enemies. In fact it was a highly effective strategy. And the hall stood as the largest wooden structure in the world, with small interruptions for fire, until surpassed by the Odate Jukai Dome in Akita, north west Japan. However, rather than housing a giant buddha, this has a slightly more utilitarian function. It protects the local baseball pitch from the local inclement weather. 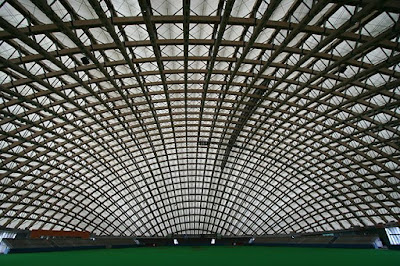 Posted by TenguLife at 4:43 PM