The Catfish are on the move - Earthquakes in Japan

This week has been a mobile one. As legend would have it, the namazu (catfish) deep under the earth have been a little restless. A M5.0 and M5.6 slightly up the coast from Tokyo were enough to ensure the windows were rattling and the doors banging. Business as usual since March 2011 on the whole. Life isn't quite as active as it used to be but the tectonic plates like to let us know they are still around.

In Japan it's possible to receive a warning of an impending earthquake providing a few seconds to ensure the kids are safe and brace yourself for what's coming. It works across an automated sensor network throughout the country. When one sensor detects an earthquake it issues an alert across the entire mobile phone system.  Not very useful if you're sitting on the epicentre as you'll feel it before the alert but if you're 100k's away, you'll get the warning before the impact.

Although now all phones have the software built-in there is a very useful third party App called Yurekuru (Temblor's Coming) that can provide the alert if you're using an older smartphone. And last year I found out that sitting on a friend's balcony in Los Angeles it works just fine from there too as it let me know Shibuya was under attack. So if you' like to follow earthquakes in Japan in real time, download Yurekuru, set the parameters, sit back, and wait for the  alarm. You too can join in the fun. 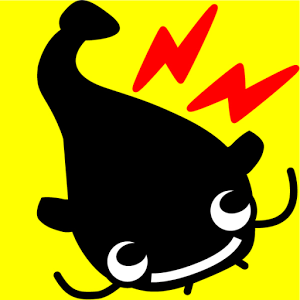 Posted by TenguLife at 3:35 PM