Farewell Citibank, it's been a good run

[Update] The letter has finally arrived. Apparently I'm a valued customer but not quite valued enough to stay around for. By October 2015 all assets and staff of Citibank's retail division will have been transferred to SMBC. I'm glad for the staff, it can't have been easy for the last few months. In theory nothing changes but lets wait and see if the international support remains the same. Anyway, as the phrase goes, "So long Citibank and thanks for all the fish".

Farewell Citibank, it's been a good run. Yesterday came the announcement that Citibank, after more than 100 years, is withdrawing from the Japanese retail market. Apparently there simply isn't money to be made and the business has been loss making for some years with little prospect of recovery. When interest rates have been effectively zero for over a decade it really was just a matter of time.

So why am I so concerned about this, it's just a bank after all. Well yes, and no. I first opened my Citi account in 1992 soon after arriving in Japan. The domestic banks, much to the surprise of my Japanese colleagues, had declined to engage my business as I was a foreigner, but Citi welcomed me in with open arms and English language application forms. It was also the only bank in town at the time that kept their cash machines open after 6.00PM on week days, opened at all on Saturdays and Sundays and also allowed international withdrawals.

And so they are leaving. At the moment there is little news on a potential buyer or whether the business will simply cease to exist. And then I'm back to banking in Japanese, writing forms in kanji and taking traveller's cheques when I go on vacation. It's really not the language though that concerns me though. It's the reason for the very comfortable chairs in every reception of every domestic bank in the country. My friends tell me they're pleasantly relaxing as you wait for over an hour to complete the forms for a simple international transfer. As I say, farewell Citibank, it's been a good run. 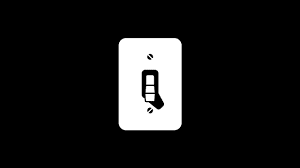 Posted by TenguLife at 8:17 PM